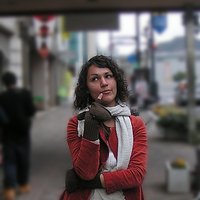 I used to be horrible at remembering things. Little details like tasks, appointments and ideas often slipped my mind. And I can remember joking that I could only remember two dates, my birthdate and Christmas. It took me a lot of work and research to find ways to overcome my forgetfulness.

My ability to remember things has improved greatly so that I’m able to deliver speeches without notes, store ideas for blog entries and almost never miss tasks or commitments. Through a lot of research and experiments, I’ve found some valuable tricks to stop forgetfulness.

Here are a few of the best techniques I’ve found to improve your memory:

Dave Allen fans will be familiar with this one. The best way to remember things is to not use your brain. I carry around a small paper booklet where I can write down tasks, ideas and commitments to be sorted later. Writing things down is probably the best tip I can provide for people struggling to keep track of everything.

Despite what some GTD cultists might say, I don’t think that a capture device is enough. Maybe it is just me, but I’ve found many situations where you will need to use your brain and times when you will be without your notepad. Carrying around a book will definitely help, but these other tricks can be useful when it isn’t enough.

A memory trick I learned over a year ago is the link technique. This works incredibly well whenever you need to remember a sequence of information. I’ve used this technique to memorize presentations I’ve had to give and as a backup if for some reason I can’t use my notepad.

The link technique works by associating two concepts together through a mental image. By linking together mental images you can store long sequences of information together flawlessly after just a minute or two of rehearsal. As a simplified example, let’s say you wanted to memorize this short grocery list:

You would start by linking beans to milk. To do this you would visualize a completely exaggerated scene involving the two. A mental picture of a eating a giant bowl of baked beans with milk pouring in it would be an example. The image has to be incredibly unrealistic and exaggerated to stick in your memory. An image of a can of beans next to a carton of milk probably wouldn’t stick.

After you visualize that mental picture strongly for a few seconds, make another link. This time you would link milk and squash. You could imagine a scene where there is a field of squash vines growing, but instead of gourds, you only see large cartons of milk. Something that ridiculous will form a good link.

Keep going through the list until you have linked up all of the images. With practice you can do this in about 3-5 minutes even for a list as long as 20-30 items. After you have done this it should be easy to move from one link to the next. The beans/milk image will remind you of the milk/squash image.

This technique works great for presentations when you don’t want to use notes.

The link technique is fine for concepts, but what about remembering phone numbers or things out of sequence?

The peg technique is an advanced form of the link technique so that you don’t have to refer to items in order. The actual peg technique makes use of a phonetics system for the digits 0-9 so you can remember up to hundreds of numbers in sequence. I’m not interested in these party tricks, so I’ve come up with a simpler, more practical system that takes less time to learn.

With this system you can “peg” up to ten items to ten numbers in your head, or remember a string of digits. To do it, I just came up with rhyming mechanism to provide an image for each of the ten digits:

Now in order to remember a phone number, you would just form links between each of the numbers in sequence. 791 might start with some cherubs carting huge bottles of wine in the clouds (heaven + wine) and then have an image of a bottle of Merlot shooting someone (wine + gun). Then when you get the images played back you can remember what they rhyme with to decode the number.

You can memorize items without using a list by linking up to ten ideas to each of the number concepts. This can be useful when you don’t need to remember things in a particular order and don’t want to forget one from a broken link.

Another way to help boost your memory is to place strategic triggers when you need them. I find this useful if I need to remember something in an hour or two, but I’m worried I might not check my capture device by the time I need to remember.

If I’m doing laundry and want to remember to put in another load, I might put a laundry basket near my door to remind me to check. This works well when you don’t want to distracted with timers. I also use this method if I want to remember something when leaving the gym by placing something on or in my bag.

If you have Post-It notes, these can work great to trigger your memory specifically when you need it.

The best advice I have for remembering names is to use them immediately after you hear them. If you are talking to someone new at a gathering and they introduce themselves, don’t just make a mental note of their name, use it. Verbalizing a name makes it far easier to remember later. I try to use a name at least once or twice in the first few minutes after hearing it to make it stick.

Another method I’ve found helpful in remembering names is to associate the name. Unless it is a particularly unusual name, you probably already know someone with the same name. Making a mental note that the new person you just met, Jonathan has the basically the same name as your friend, John, will make it easier to recall the name later.

If you need to remember something, ask someone you are with to remind you. As in, “Can you remind me to buy the tickets before we leave the mall?” Relying on the other person isn’t why this usually works. Usually the other person will forget unless it is something important to them as well or they have an excellent memory.

Absent-mindedness can make you forgetful, but usually most memory troubles are due to a lack of organization. Take the time to get a calendar, to-do list and filing system so you don’t have to burden your memory. I’ve been able to remember far more ever since I made organizing a habit.

Memory works by association. A trigger reminds you of something else. The link and peg techniques work well because you the associations are so exaggerated your brain deems them important. Your brain deems that a vivid image of a giraffe holding an umbrella while it rains frogs as more unique then just everyday images.

Other physical tricks automatically trigger your associations and bring up what you need to remember.

Want more science-backed strategies to improve your memory? Check out The Complete Guide to Memory!