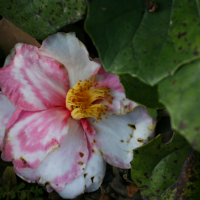 Is having goals making you unhappy? This has always been a difficult question for myself, with pundits on both sides trying to make the answers seem cut and dried. I think the answer is a little more complex.

Goal-setters often describe their goalless counterparts as being lazy wanders who never accomplish anything. They never learn to push themselves and therefore never get to feel the satisfaction that comes from working hard towards something that doesn’t currently exist.

Those who work without goals, often feel the opposite. That goal-setters are stressed-out, frustrated and depressed when life doesn’t fit into their ten year plan. They miss the finer points in savoring life and often trip over huge opportunities in the rush to achieve.

The Hammer and the House

I think the real problem with this is a false-dichotomy. Goalless action and goal-setting aren’t mutually exclusive. Even though they may sound like polar opposites, I also believe they hold more similarities than differences.

The real problem comes from mistaking tools for the reality in which they operate. This is similar to mistaking the hammer for the house. While the hammer is simply a tool to accomplish work, the house is an independent structure.

You often need hammers, saws, rulers and levels to accurately make a house, so sticking to one tool is pointless. Yet many people insist on seeing the world as a division between focusing on goals and not focusing on goals.

Goalless action doesn’t have a lot of legitimacy in Western culture. It’s seen as being weak, hedonistic or flaky. We’re told to figure out what job you want, work hard to achieve societies goals, reach the American dream.

In traditionally Eastern cultures the focus is quite different. Goalless action is mentioned in the Bhagavad-Gita as a method to perfection. The philosophy of Daoism is also centered on a similar principle of a goalless life. Buddhism claims that the cause of suffering is bound within our desires.

Who should you believe? Is it simply a balancing act? Should you just compromise and set a few goals but also try to smell some of the roses? I personally believe that most compromises are borne out of an incomplete picture of the world. I do think both these perspectives are valid, but that they need to exist within a larger whole.

The problem happens when you confuse the hammer with the house. Believing that a goal or goalless focus is the essence of reality is giving both approaches more credit than they deserve. Both have merit in producing quality experiences, but I don’t think either should be worshiped.

The alternative is to see each as a tool that has specific applications. Hammers work well with nails. Saws work well with things you want to cut. Trying to hammer a board or saw a nail is foolish. Similarly goals and goalless action have domains they work best in.

I’d like to carve up life into two broad areas: vertical and lateral. This intellectual knife-cutting is a tad misleading, since the two areas blur into each other. But if you accept that experiences fall somewhere along these two domains, it will simplify the discussion.

The first is the vertical domain. This is the area of effectiveness, external success, achievement, discipline, focus and planning. In this area you know what to do and what you want to achieve. The processes are straightforward even if they are difficult.

This is also the domain of goal-setting. Goals work well here since they act as a magnifying glass. They tunnel your vision towards a particular objective and block out distractions along the way.

In contrast, the lateral domain is an area of unknowns. It is the domain of learning, opportunities, creativity and spontaneity. In this area you don’t know what you want to do and can’t decide what you want to achieve. The processes may be easy, but they are rarely simple.

This is the domain of goalless action. Goalless action can basically be likened to focusing on your feet instead of the path ahead. You become alert and ready to notice opportunities. The emphasis is on current actions rather than results.

You’ll notice how I didn’t use any examples to define which activities fit into vertical domains and which matched lateral domains. This is because virtually any task can be seen through both.

Take, for example, earning a million bucks. On the surface this seems like a vertical goal. It is a clearly defined objective and requires hard work. Therefore it makes sense to classify it as falling under the vertical domain.

But you could just as easily see this monetary goal as a lateral task. Earning a million bucks may depend on matching up with the right opportunities and knowledge. The path towards wealth might be unclear and feedback from your actions may be discouraging. Operating through goalless action of saving regularly, but not focusing on performance may be the better alternative.

I can’t tell you which is right, since I believe it is personal. What I can suggest is for you to try both methods and see what delivers the best results for you. If you are like me, you’ll find that some activities work best with goals and others work best without them.

For myself, projects require strict goals. Otherwise I let them expand outside their original scope, they lose meaning and I give up when they get tough. I need that leash to keep them inside a specific container.

But working on this website, despite my best attempts, hasn’t been a good match for goal-setting. Traffic and revenue are too distantly correlated with the actions I take. I’m still earning revenue based on the work I’ve built months and years ago. More importantly, I’ve found forcing myself to meet a specific deadline or schedule generally does no better than if I simply continue what I am doing.

Challenge to Goal-Setters: Goalless Action as a Tool

My challenge to you continual goal-setters is to experiment, even if in just one area of your life, with a different approach. Goalless action isn’t the same as laziness and not working. In fact, you may end up doing the same things – just with a different emphasis.

Try working with less focus on your results and more on your individual actions. Here are a few examples:

Although I suspect much of my audience are goal-setters, the reverse applies to people already following a lateral doctrine. Try setting more goals. I’ve already written about the amazing benefits they can have and why they deserve a test, here.

What are your thoughts? I’d love to hear your ideas on which approach you prefer, where and why.