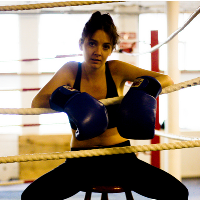 You need to be more assertive. Yet, less of an asshole. There’s a lot of conflicting information about how to handle conflict. Were told to be nice, just not a pushover. Remember the golden rule, but look out for number one. Be confident, just without all the arrogance. The result: meaningless platitudes that aren’t helpful in solving human problems.

I can’t tell you that there is a simple one-sentence rule that will make up for these glaring oversights. One-sentence rules are what created the confusion in the first place. I have, however, made a few observations about conflict which I think might be useful.

Keep in mind that none of these rules are iron-clad. Each requires your judgment and, lacking that, willingness to experiment with alternatives. I would advise using these methods as a rough starting point when using your own thinking skills to diffuse combat, engage diplomatically and dodge bullets:

1 – Know Who Holds the Power

Conflicts aren’t about moral high ground. They are about power. This may sound perverse, but it doesn’t make it less true.

In caveman times, if I didn’t agree with you and I had a bigger club, you might be receiving a strong whack to the head. We’ve come a long way since our Neanderthal cousins still walked the earth, but our neural circuitry hasn’t.

Your brain doesn’t draw distinctions between a physical attack and a mental one. Therefore if you attack me and our power positions aren’t clear, I’m going to retaliate. The outcome often has little to do with justice.

Outright conflict is almost always a bad idea, but before you get your hands dirty, know who has the bigger club. Who can create a bigger impact if things come to blows? Who rests on more authority if others are forced to pick sides? Knowing when you are out-gunned will help you pick more effective techniques to avoid the battle and win the war.

My first suggestion to avoid direct conflict is to step in the middle. Become the arbiter of your conflict rather than defending your side. This means listening to the other viewpoints and acting from the position where you are trying to help both sides out.

The first thing this does is that it disarms your combatant. When you start trying to work things through from their position, most people will lower their defenses and try to reach a mutually agreeable situation.

Mediation only works, and I must stress this, if you don’t have a history of hostilities. Once battles have been engaged, it takes a huge amount of repair time before mediation becomes an effective solution.

Passion is like water for reasoning abilities. Without any of it, calculations are meaningless and attempts to communicate shrivel up. Too much and you drown any attempts to think clearly.

I can’t admit I’m perfect in this application, although I have improved over time. I come from a family with mild-manners and big tempers if you choose to engage them. I’ve found that the best solution is simply to put a pause button on any conversations where your emotions are taking over. Cool down, as you’ll communicate better when you can think straight.

4 – Know Whether the Conflict is Personal

It’s always personal. It’s easy to see every attack on yourself or negotiation with another person being personal attacks and insults. My division isn’t whether you are personally hurt or whether it is “only business.” I’m dividing up conflicts into those that are intentional versus incidental.

Intentional conflicts are personal. These are conflicts where either yourself or the other person is attacking you directly. Often these are in response to a particular issue, but they are never about that issue. Bullying, insults and degrading attacks are often intentional conflicts.

Intentional conflicts are also unavoidable conflicts. In these cases you need to either defend yourself or demonstrate to the other person that the power balance isn’t nearly in favor to them as they believe. Strong assertiveness is generally only a virtue in intentional conflicts, where being diplomatic and mediating conflicts is usually superior in incidental ones.

Incidental conflicts are those where a disagreement or negotiation is simply a by-product of both people trying to get what they want. If I want a raise and my boss doesn’t want to give me one, that’s an incidental conflict. If my boss wants to humiliate me in front of coworkers to demonstrate control, that’s intentional.

Incidental conflicts usually can avoid direct engagement. Try mediation or diffusion rather than loading up your guns.

Appealing to a sense of justice or equality, won’t entice nearly as much as appealing to selfishness. Figure out what’s in it for your opposition, and see if there is a way you can fulfill it in a way that prevents a collision.

Apologizing feels like a concession of defeat. However, sometimes it can be strategic to win a conflict by apologizing small errors on your part. Many people are more than willing to admit mistakes, so long as they don’t have to say sorry first.

Winning an argument doesn’t mean being right. It means having the biggest gain and least relationship (or physical) damage sustained afterwards. If you need to apologize first to achieve that, go right ahead. Chances are you know places in the conflict where you erred. You may not feel they outweigh your opponents, but admitting these first shifts the discussion away from causing damage and towards finding solutions.

7 – You Can’t Control Both Sides

You can’t control how someone feels towards an issue. Just because you apologize, empathize, listen, assert or defend doesn’t mean the person will react in a predictable fashion. You can apologize and receive a heated attack. You can assert yourself only to cause a fight.

These and any other techniques are only generalizations. There are always exceptions to generalizations, so you need to be observant when your methods aren’t working. If being the mediator doesn’t work in this conflict, try a new approach. Flexibility is crucial when dealing with people.

Conflict is Part of Life

Avoidance and engagement are both poor strategies for managing conflict. Life is filled with conflicts that you will need to move past. Avoiding all of them would be neglecting your duty to yourself and others.

But engaging every conflict you can is also a losing strategy. Picking the right conflicts to fight is important since your resources (both tangible and in relationships) are limited. In the end, the only winning strategy is the one that can minimize damage and maximize gain.