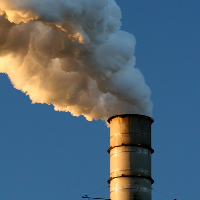 The difference between these two drives is almost completely hidden. You can’t usually make a distinction from a written goal or mission statement. But the results are far apart. Passionately motivated people can easily overcome stress, pain and obstacles. Wealth motivated people are often frustrated, impatient and depressed at the slightest failure.

Wealth motivation isn’t, in itself, a bad thing. The problem is when it is used to disguise a lack of passionate motivation. When you aren’t intensely interested in the process, getting to the goal is going to be painful.

Here are some questions to ask yourself:

How to Replace Toxic Drive With Enthusiasm

Just let go. The toxicity of your drive happens because you clutch onto it. The result has become so important to you that your willing to put up with the frustration, poison and pain that you have to go through to reach it. The first step (although certainly not the last) is simply to let go of this old drive.

When I used to run in track, our coach would explain that if you run up a hill lactic acids can build in your legs. It’s important to jog out the muscles a short time so that they won’t build up and cause problems later. I think sometimes the only way to get rid of a toxic drive is simply to jog it out. Get detached for awhile so you can begin fresh.

Win-Win or No Deal

Once you’ve detached from your goal, the only way you can create a healthy drive is to force an ultimatum. Either commit to finding a way to be wildly interested in the process AND the goal, or walk away from that area until you do.

Here are some applications you might want to use:

Passionate motivation doesn’t mean that everything you do should be easy or painless. Many of the things I love involve a lot of pain, challenge or scare the hell out of me. The point isn’t to have a pain free, relaxing stroll but to be involved in a process you are fascinated by and care about.

Being interested isn’t the same as expecting ease. In fact, I probably wouldn’t be interested if I thought it were easy. It is because I expect it to be challenging that creates the drive.

A Drive for the Game

When you play a game, you are driven out of the fun of the play. The spirit of the game is what makes it worth playing, even if your goal is to win. In life you can also have strict goals, deadlines and objective results. But if you aren’t playing for a love of the game, you might as well quit because you aren’t playing at all.