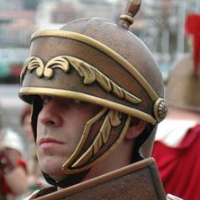 “The last three or four reps is what makes the muscle grow. This area of pain divides the champion from someone else who is not a champion. That’s what most people lack, having the guts to go on and just say they’ll go through the pain no matter what happens.” – Arnold Schwarzenegger

Arnold probably enjoyed going to the gym. But just an interest isn’t enough to become the seven-time Mr. Olympia champion. Especially if you aren’t feeling particularly motivated to push beyond the last few painful reps. Arnold had an ironclad personal discipline, and having a strong discipline will make the difference if your motivation drops and you feel like quitting.

Building discipline is a lot like building strength. The times when your commitment wavers and you feel like backing down test the limits of your discipline. Every time you brush that limit and keep going, you slowly build your personal discipline.

Discipline is Your Failsafe

A failsafe is a device that won’t create damage if it stops working. Discipline is your failsafe to ensure that an unexpected drop in motivation won’t shatter any progress you’ve made. Motivation has definite power, but it can waver during challenges and failures.

Motivation is rarely a constant. I’m sure you’ve had days where you are driven to work on a project or goal for hours at a time. I’m also sure you’ve been drained and making any effort was difficult. What determines your motivation is a matter of your emotions, energy levels and focus at the time.

The problem occurs when your motivation drops at a key moment. As Arnold mentioned, those last few reps make up most of your increase in strength. It doesn’t matter how motivated you were for the entire buildup if you can’t push through the resistance.

A great example of where an ironclad discipline can be helpful is changing habits. I’ve noticed that the first week I’m usually highly motivated. After a week or two, the motivation drops as the conditioning takes over. Unfortunately, if a challenge comes up that might threaten that conditioning (birthday cake when you’re on a diet) your motivation might be gone by that point. Discipline helps when motivation fails.

If you feel your discipline is ready to topple at the slightest breeze, how do you go about building discipline?

The best way is simply to train it. Like a muscle, simply condition yourself by facing more difficult challenges and persevering. As you continue working through it, your discipline will rise and you can move through harder problems. Steve Pavlina mentions this method in his series on self discipline.

There are a few other methods I’ve found useful when building an ironclad discipline. Here are some you might want to try:

In one of my favorite books, Dune, the main character Paul Atreides speaks a mantra known as the litany against fear:

I must not fear.
Fear is the mind-killer.
Fear is the little-death that brings total obliteration.
I will face my fear.
I will permit it to pass over me and through me.
And when it has gone past I will turn the inner eye to see its path.
Where the fear has gone there will be nothing.
Only I will remain.

Paul repeats this mantra whenever he encounters a particularly painful or frightening situation. Although this is a fictional example, it speaks to the importance of words in controlling thoughts. By creating your own discipline mantra, you can push yourself forward despite fear, pain or laziness.

Some good methods to get motivation on-demand include:

Do you think Arnold would have gotten to be the seven-time Mr. Olympia if he didn’t know how much weight he could lift? Probably not. If you don’t know where your discipline levels are, you can’t do much to build on them.

When you give up and your discipline fails you, this isn’t a time to beat yourself up. Instead, go down and mark out how much you managed to do when you failed. Consider this one sample position of your discipline. For example, if you fail to stick to your diet after three weeks, set a goal to last for two and a half. If you can only work six hours straight, try moving it up to seven.

Knowing your limits is the key to pushing past them.