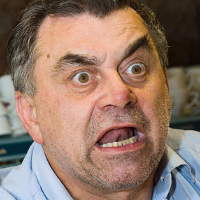 Can two people have a reasonable discussion without starting a yelling match? I’m an opinionated person, so it can be hard not to let my passions heat up an argument. However, by changing the way I handled debates, I can normally keep debates friendly.

Is a friendly argument the norm? Definitely not. I’ve received many comments from readers who were surprised at how friendly the conversation over Atheism VS Theism in this post. Instead, most of the online (and many offline) arguments I hear, go more like this:

How to Win Every Argument You Start

There’s an episode of Star Trek TNG, where Data, an android, plays a game of strategy against an alien. (For you non-Trekkies out here, humor me while I continue my metaphorical tangent). The first time Data plays the alien, he loses. This is in spite of the fact that his brain is a computer, supposedly superior at games of logic.

Later in the episode, Data duels his opponent and manages to beat him. The key, Data explains, was that he changed his premise for playing the game. Instead of trying to win, Data aimed for a stalemate. This obvious change of tactics confused his opponent who eventually gave up in frustration.

The moral: If you can’t win, change the premise you play on.

You can win every argument you start if you simply change your goal for the argument. Most people, when they start a discussion, have the goal of proving to the other person that they are correct. Their strategy for winning is:

The problem with this strategy is that it has an obvious flaw: I can always say, “No.”

I can be presented a perfect case, with entirely logical explanations, and still end the argument by disagreeing. It is my choice to agree or not to agree. There is no amount of force you can apply as a debater to persuade me, if I simply say, “No.”

How to Really Win an Argument

Instead of arguing to persuade someone that you are right, set a different premise. When I start a debate, there are a few premises I can take that lead to much more effective arguments:

The irony is that when you apply these new premises, you are more likely to persuade the other person. Data won his game by trying not to win. You can persuade more effectively when other people don’t feel you have an agenda.

3 Ways to Cool Off the Flames

Even if you take a Zen stance towards your debates, arguments will get heated. Some people will scream at you just by mentioning a differing view. Indeed, this is often the case with hot topics like politics, religion, vegetarianism, gay-rights or abortions. When this happens, you need to have some tools to cool the other person down.

Here are a few of my secret-weapon flame extinguishers:

Start by picking strategic locations to agree with your opponent. If you can build up enough agreement in the debate, it is easier to show differing opinions. Your opponent won’t attack you if they feel you are on the same side.

When debating about atheism, I like to start with the parts of religion and God I currently agree with. I might talk about the need for a moral center, the need for quality in a philosophical system or some of the inadequacies of science. Some people feel that such concessions are a sign of weakness, but they can actually be your greatest strength when having an argument.

Make your own arguments against your side. If I’m discussing why I believe capitalism is a better political philosophy than socialism, I could start by making some easy arguments against capitalism. Problems with the environment, dangers with corporations becoming too powerful or the Tragedy of the Commons are all good places to start.

How do you help your opponents side without weakening your argument? My answer is to take one of two stances. The first is to point out how the proposed objection can be overcome. I could talk about market-based solutions to greenhouse gas emissions as a way of defusing some of the environmental argument. The other stance is to simply accept that your side isn’t perfect, and work together with your opponent to come up with better answers.

Instead of just yelling your facts and feelings at the other person, invest your time trying to feel how they do. Even if you believe your opponent’s position is wrong, their passions about the subject are not. Try to capture those passions, even if you can’t agree with their position.

Arguments about politics and religion have a lot more to do with arguments in relationships than we’d like to think. In the end, an argument isn’t won on facts or logic, but feelings. Anytime you win an argument with logic, but without empathy, your victory is a hollow one. In the end, you will have convinced no one but yourself.