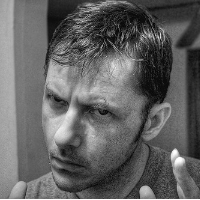 In the last two weeks I’ve been reading Friedrich Hayek’s, The Road to Serfdom.  Hayek argues in this book that any form of collectivism (whether left or right) inevitably leads to a totalitarian state.  My views are mostly libertarian, so I agree with almost all of the arguments Hayek presented.

Reading through the book, however, I realized that my own values (freedom, independence, fairness) may be blinding me to weak points in Hayek’s arguments.  Was I agreeing with Hayek because his arguments were sound, or because I had already decided what I wanted to believe before opening the book?

I feel the point of reading is to think, not just build a fortress of information to protect you from any attacks.  My question is: when you read a book where you already support the conclusion, how much thinking are you actually doing?

Find Authors You Respect, But Disagree With

Of course, reading books you disagree with is easier said than done.  It can be incredibly uncomfortable to sit through a book where you disagree with almost all of the points the author makes.  I believe reading in general (even if it is biased, one-sided reading) is still better than not reading at all.  And if you force yourself to read books you disagree with, you may end up giving up entirely and switch to watching reruns of Seinfeld.

I think if you want to take the dangerous path to better thinking, there are probably two steps to keep you reading without losing your sanity:

You can respect authors you don’t agree with.  Respect can come because the author has humility and favors rational arguments over inflammatory language.  Respect can also come because many other smart people agree with the author.  This doesn’t mean the author is definitely correct, but it means his or her views can’t be dismissed with a waive of the hand.

Secondly, I think it’s important to switch between books you agree and disagree with.  Books you disagree with are draining.  Although you may do far more thinking than you would with a book you felt total agreement, you might not be eager to start another mental battle.  Mixing books is probably a more practical idea since you can intellectually recover on ideas that are familiar, before you venture off to fight wars in foreign territory.

The Best Books are Sneaky

I’ve found that the books that change my viewpoint the most sat somewhere in-between complete disagreement and total agreement.  These books usually started out with values and evidence that I already agreed with.  Then, later in the book, the author would twist around a few points that I originally didn’t believe.  By fitting into my worldview at the start, however, I was more inclined to seriously consider ideas I disagreed with.

Although I can’t say I completely swallowed the conclusion, one book that caused me to do a lot of thinking was The Fountainhead, by Ayn Rand.  By setting the stage with points I already agreed with (independence, freedom, directing your own life rather than following the crowd), I was more willing to seriously consider her main thesis, that selfishness is a virtue.

A more recent book that caused me to change a lot of my viewpoints was In Defense of Food, by Michael Pollan.  By hitting on ideas I already agreed with (whole foods are better, processed foods are bad, simplicity is better than complexity), I changed my opinion that valuing foods by carbs, proteins and Omega-3’s was helpful.

Is it rational that I should be more swayed by arguments that first appeal to my worldview?  Of course not.  Ideally, I should be able to examine all the evidence and make an objective opinion.  But I accept that this is impossible.  Completely rational thinking isn’t something people can do when the arguments grow beyond a few syllogisms.

However, just because we aren’t completely rational doesn’t mean we can’t approximate it.  By picking books that we disagree with, but can respect, it’s easier to let new ideas into our life without immediately rejecting them.