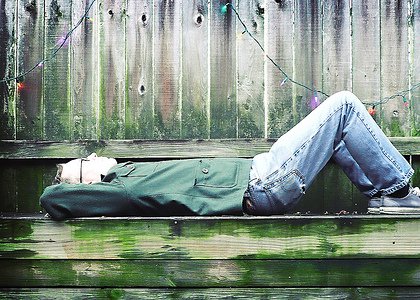 If you want to enjoy life and accomplish anything meaningful in it, productivity matters.

I’ve met quite a few people who feel overwhelmed constantly by their workload. Even in cases when I know I’ve had relatively busier period in my life with less stress. That isn’t to claim I’m somehow superior–I’m definitely not.

Simply that it’s unfortunate these people didn’t know some of the strategies to get more done so that they could have an hour or two without stress at the end of each day.

I’ve also met opposite cases, of people who get more work done in a month than I do in a year. These are entrepreneurs whose businesses skyrocket while mine plateaus, or learners who dominate a subject when I merely dabble. While I’ve struggled to reach moderate goals, they crush progress on far more challenging ones.

However, as much as I write and think about getting more done, I’ve really begun to ask myself the question: should I be wasting more time?

Should You Bother Eliminating Time-Wasters?

When I started thinking seriously about the question of where the heck all my time was going, my first answer was to eliminate time-wasting activities.

My idea was that if television, video games or random web surfing were occupying a lot of my time, without adding a lot of value, one way to become more productive would be to eliminate them.

For awhile, this strategy worked. I’ve successfully gone month stretches without television of any kind (and as of this article, I haven’t owned a television in three years). I’ve also shrunk my net time to just 30 minutes each day. I cut, eliminated and squeezed out many time-wasting activities from my life.

After several years of this, I can say that if you need to be more productive, this works. No, you won’t perfectly apply all your reclaimed time onto your biggest goals. But when you can no longer waste time on Facebook chat or channel surfing in the evenings, you can often get more done or at least spend your free time on more interesting hobbies.

The danger of this approach, however, is it forces you to think of every activity you do in terms of impact on your work. Instead of just enjoying spare time, you analyze it obsessively, constantly asking yourself whether its valuable enough to justify the time spent.

The Alternative Approach to Productivity (That Involves Wasting More Time)

Although I’ve been shifting my approach over the last couple years, the real killing blow to the strategy of eliminating time-wasters was, for me, moving to France.

As I wrote previously, my life has been much slower paced than it was in Canada. Biking instead of driving, cooking from scratch instead of from can and plenty of walking. The interesting finding was that, on an individual basis, I find it hard to justify many of the slower ways I’m now living.

It’s hard to justify spending 30 minutes to prepare a meal which could be done in 5 for similar nutritional value and only a little less taste. The time-waster elimination mentality sees those extra 25 minutes as being completely frivolous.

However, I’ve found that the slower lifestyle, with numerous time-wasting opportunities, is actually far more enjoyable than my faster-paced, higher-stress lifestyle was in Canada.

That, by itself, isn’t a revelation. Who wouldn’t want to live a slower-paced life in the south of France? I’m sure you (like I was) have tons of work which doesn’t give you that choice.

What was really surprising for me, wasn’t that I enjoyed the slower life more, but that I actually got a lot more done. In the fall, I had been doing sometimes up to ten hours of class per day, in addition to running this business, exercising and enjoying the Erasmus parties.

During that stretch, I would have been doing at least as much work as many times in Canada. Despite this, I was still living a slower life and I actually accomplished more. My business income tripled during this period, and I made significant progress on my goal to speak French.

How Can Wasting More Time Result in Getting More Work Done?

The shift for me was realizing that time-wasters weren’t the direct issue. Work was. If I was getting all of the work done I had planned, it shouldn’t matter what I do after with my time.

The mentality that caused me to eliminate television or question whether I should go to a party may have made me a little more productive. However, by scrutinizing my free time, I was paying a heavy price. That price was forcing myself into a chronic state of busyness that was exhausting but didn’t accomplish much more work.

For difficult or creative tasks, there is an upper limit to what you can accomplish in a day. I can only write about 3-4 hours per day, even if I have unlimited motivation and focus. After about the 4-hour mark, quality drops and I can’t write meaningful sentences.

I believe the same principle applies to a lot of work. That there is a maximum useful upper limit. Trying to obsessively eliminate time-wasters from your day in order to work more often backfires.

If I can only write for 3-4 hours constructively, then eliminating more time from my life so I have 8 hours to write wouldn’t help. The intelligent move is to try to focus myself so that those 3-4 hours are insanely productive. Eliminating or squeezing my free-time to allow more space for work won’t help much and it will make my free-time less enjoyable.

My current approach to productivity is simply to not look at the time-wasters at all. Instead, I need to be focused on only two questions:

The problem isn’t time-wasters in general, but when you like to waste time. If you’ve decided ahead of time that you need to be working on a project, then you shouldn’t be on Facebook.

Work when you’ve decided to work, and don’t let any activity (time-waster or otherwise) intrude on that.

At the same time, this means not working when you’ve decided to relax. And, perhaps more importantly, not applying the same mentality to your relaxation time as you would with work. The question should be: “what do I feel like doing?” and not analyzing whether cooking the 30 minute meal is more wasteful than the 5-minute reheat.

Alternative Productivity Strategy #2 – Maximize the Time You Do Work

Unlike the first strategy, this one is open-ended. You can always do more to get more from the time you do work. If you’re running a business, delegating or outsourcing a key task is one way you could easily maximize your working time.

But some of this process is mental too. Because even if you aren’t wasting time during your work, you may end up wasting time simply by not working effectively. I’ve had moments where I start and stop article ideas for 30 minutes before finally settling on what to write. By restructuring my writing process I can avoid this trap.

In work, where every second is devoted to getting a result, it makes sense to label some tasks time-wasting and others not. But, in life, the result is the process and the same philosophy of minute-counting and value-squeezing often destroys the very experience you wanted to have.

I’m curious about the readers here. Have you taken steps to become more productive? If so, what route did you take–did you try eliminating the “time-wasters” or did you take one of the alternative approaches I listed here? Please share your thoughts in the comments.