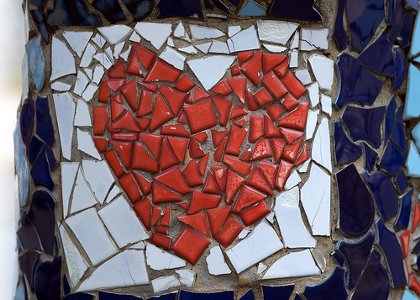 I used to think with enough hard work and ambition, you could achieve the things you want. I don’t believe that anymore.

Instead, I believe you can only achieve goals from pursuits you enjoy. Self-improvement works best when it maximizes who you already are–not trying to erase every flaw you see in yourself.

that over 90% of dieters fail to stay thin for more than a few years, and for many diets this figure is closer to 97%. If the 80% supposed failure rate of new businesses sounded discouraging to you, this statistic is despairing.

Dr. Seligman offers a number of reasons why this might be the case: that dieting doesn’t work, that our society has a warped body image, that long-term calorie reduction is impossible. And I feel he is probably right on many of those points.

But, I think there is also a more general reason why so most dieting attempts fail. Most dieters approach their goal out of an insecurity about their perceived flaws. I believe any goal based on that insecurity is doomed to fail–whether that goal is to lose weight, become rich or find a girlfriend.

Setting Goals out of Interest or Insecurity

There are really only two reasons to set a goal:

I want to argue that, as with dieters, 90% of people who set the first goal will fail. And of the 10% who do succeed, it’s either through enormous inner strife, or because they accidentally convert their goal into the second type.

I’d say a lot of the cynicism about personal development and self-help books, is because so much of it is aimed at this first group. Marketing at people who feel fat, lonely or poor, and who want to escape those feelings of insecurity.

Most of the business of self-help isn’t marketed at the opposite group: enthusiasts. People whose primary motivation for a goal isn’t because society tells them they are flawed, but because they are genuinely passionate about the pursuit itself. However, these are the people who are most likely to be successful in any personal development effort.

The business half of this blog is mostly a monthly rapid-learning tactics program I run. Of the people who’ve been successful with the program, virtually every one I could describe as a “learning enthusiast”. In other words, their primary motivation for joining was because they were incredibly interested in ways to learn more–not trying to fix a perceived flaw in their life.

Insecurity is a Terrible Motivator

The reason self-improvement efforts trying to fix flaws often fail is that insecurity is a terrible motivator. Yes, feeling lousy about yourself can give you the kick in the ass you need to get started, but it rarely allows you to finish.

For all the failed dieters–feeling fat can give you the motivation you need to get started. As Dr. Seligman cites from the research on dieting, most diets will allow you to lose weight within one or two months. The problem is that almost everyone will eventually put that weight back on.

To have the motivation to work at a goal for years, you need the opposite emotion: enthusiasm. You need to be deeply interested in the pursuit. The people I know who have excellent physiques aren’t just desperate narcissists, they’re obsessively interested in nutrition and whatever exercise they pursue.

Those who succeed as professional bloggers or internet marketers are probably as rare as successful dieters. I’ve seen no formal surveys, but a 1-2% success rate wouldn’t surprise me. What does interest me is that the people who do succeed are almost always obsessively interested in running their business. The primary motivation comes from that passion, not from hating their day job.

Insecurity can motivate, but it also eats you up inside. Eventually the damage of using insecurity as a power source outweighs any fixes it can attempt in your life.

Why This is an Extremely Hard Lesson to Learn

The lesson that insecurity is a terrible motivator and most self-improvement efforts based on it are doomed to fail doesn’t come easily.

I can still remember several years ago when I was terribly insecure about my social life. I had no girlfriend, few friends and little confidence. If any area of my life could have been describe as a gaping flaw, that was it.

My initial self-improvement efforts in that area failed miserably. It didn’t matter how much effort or work I put in, everything seemed to slide back to zero, and I was getting burnt out and frustrated by trying.

The way this finally turned around, surprisingly, wasn’t even from trying to fix it. It was from finding social activities I enjoyed and new groups of people. I joined Toastmasters, which helped me work on my speaking and confidence while allowing me to meet new people.

For a time, I still largely saw my social life as a flaw I needed to fix, but that no longer was the sole motivation for why I met new people or joined new groups. I did them because I actually enjoyed the activities.

Today I’m lucky to have a lot of friends and to have had some great relationships. But I still have insecurities. And almost always when I fall into the trap of pursuing some self-improvement goal based on those insecurities, I fall flat. It’s only when I’m driven by enthusiasm for the pursuit itself that I am successful.

Accept Your Insecurities, But Don’t Make them Your Destiny

My current advice would be to accept the insecurities you have about your life and yourself. Set your goals based on the desires you have, but within the pursuits that genuinely interest you.

But don’t make your flaws your destiny. Instead of going through cycles of insecurity and spurts of action, open yourself up to alternative possibilities. You don’t need to commit to them, simply expose yourself to enough of them. Because you might find, like I did, that some of the pursuits you really enjoy and are something you would be happy setting goals on.

If I were to go back to give my former self advice, it would be to adopt this attitude mixing acceptance and openness. I should have accepted my lousy social life fully, but at the same time left myself open to possibilities of joining new groups or taking on new activities.

If someone felt insecure about their body image, I’d probably offer similar advice. Don’t force yourself to go to gym programs you hate and take on diets that give up everything you love to eat. Otherwise, you’ll probably just be one of Dr. Seligman’s statistics in the long run with little to show for your effort.

But at the same time, open yourself up to the possibility that there might be some way to live a healthy life you could be really interested in. You might really enjoy mountain climbing or salsa dancing, but just haven’t had the chance to embrace those alternatives.

Is it Possible to Fix Your Life?

I might be going against the anything-is-possible, infinitely-malleable human nature ethos of our times, but I’d say no: it’s not possible to fix your life. At least if that’s how you phrase the question.

It’s certainly possible to live a better life and to become a better person. I wouldn’t be writing here if I didn’t believe that. But we might have to give up the notion that we can fix everything we don’t like about ourselves.

There is enormous potential to create, and our ambitions can be well-rewarded if we work hard and persist at them. But this creative potential has to be driven from an enthusiasm for the road ahead, not the doubts we all have about the place we’re standing.