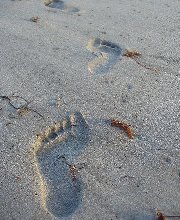 It’s easy to get really enthusiastic about a new goal, start working hard and then completely burn yourself out a week later. For some people it’s an annual event, usually starting about January 1st. Diets that crash in a month. Financial plans that aim to hit your first million in a year. Like a kid on Halloween who eats a bit too much candy, there can be such a thing as too much motivation.

A lot of self-help tells you to set big goals, get really motivated and inspired. Although this is a nice idea, it can easily lead to motivation burnout. You don’t start a marathon by sprinting the first mile. So why try to run your life that way?

Be in it for the Long Haul

According to the book, The Millionaire Next Door

, most millionaires held stocks for years. Hardly the flashy day trading you see glamorized in books and CNBC. A commonly cited statistic is that healthy dieting should cause the loss of ½ to 1 pound per week. Jack Countryman a personal friend and author of several books said to me, “You have an entire life to learn to write.” Pretty boring, huh?

You have an entire life to grow. Trying to do it all in the next thirty days is going to cause you to crash and burn. Fast growth is good, but unless it is sustainable, you will end up going in circles.

I believe that changing your habits is a key part to achieving goals. But you can’t do it all at once. It takes at least a month to change just one small habit. In the short-term this does seem painfully slow, but after a year or two of doing this you can completely alter the patterns in your life. Isn’t it funny how the next month can seem like forever but the past year feels like it went by in the blink of an eye?

See the Now, See the Future, See the Next Step

I think the real reason people don’t slow down is because most people can’t visualize how a single step contributes to the end result. Because every step works upon the ones before it, your next action often seems insignificant compared to the whole. The human brain isn’t very good at counting out a geometric progression. Take this example:

Let’s say I’m really good at folding paper. I take out a large, regular thickness piece of paper and start folding it. After one fold, the thickness of the paper has doubled. After two folds, its quadrupled. Now let’s say that I keep doing this and fold the paper fifty times. How thick will it be?

I like asking this question because to this date I haven’t had a single person answer correctly. Some people make a linear guess like five inches. Other people who understand that it progresses exponentially may wager a hundred or two hundred feet. But because the human mind wasn’t designed to think exponentially, most people don’t even come close.

The real distance after folding 50 times is approximately the distance between the earth and the sun. Go ahead, break out a calculator and multiply paper thickness by 2^50 if you don’t believe me.

I don’t blame people for wanting to grow really fast. When you look at successful people, often there success appears to skyrocket. Notable blogger Steve Pavlina is earning a six figure salary off of a business he started only a few years ago. I’ve followed his writings since before the website started and I can say that the growth is still ridiculously fast.

Even if you believe that most success takes years, it can be easy to buy into the myth that internal changes happen all at once. This belief in the epiphany, that you can sit down one day have a great idea and suddenly change every aspect of your personal life is nonsense. Internal changes happen gradually, externally changes even more so.

A tipping point may cause your growth to appear fairly rapidly. But what is missing is all the tiny steps of improvement that went in before the tip. Steve is a blogging success only after a decade in internet entrepreneurship, writing and personal growth. The manifestation of success may look revolutionary, but the buildup was gradual.

Plan out your motivation to avoid burnout. Take things one step at a time and focus on the largest chunk that you, not anyone else, can handle before moving forward. In foresight, this approach may seem painfully slow. But the beauty of a gradual revolution is that it is actually the fastest strategy in the long-run. Just remember to smile when someone asks you for advice about how you got so successful, so fast. 😉