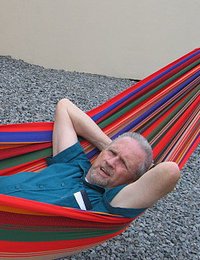 Whenever there is a hard job to be done I assign it to a lazy man. He is sure to find an easy way of doing it.

Laziness is a fairly underrated virtue. It’s synonym made the short list of deadly sins (sloth) and it is often seen as the major culprit behind a lack of success (he’s smart but he lacks discipline). I happen to think the opposite. Laziness quite often means efficiency and when you combine laziness with a strong drive you end up with the desire to find the most efficient solution possible.

I’ve been called lazy more than a few times. Laziness allows me to ask questions that, “nose to the grindstone,” types would completely avoid. Here is a short list of important questions that lazy people ask of themselves that other people don’t:

I’ve been called lazy a few times by hard-working people simply because I ask those questions when they refuse to. I don’t do tasks that don’t have any apparent value. I’m ruthless in seeking a more efficient method to do something. And I challenge assumptions about what has to get done.

Laziness Helps You Refocus on What is Most Important

Being slothful in my approach to goal setting allows me to cut away anything that doesn’t have to be done. In working on big goals this is a crucial skill if you want to achieve them. Hard working people can end up spending days, weeks or months on one element of a goal only to realize that there was an available solution that could have taken less than half the time.

When working on my interactive goal-setting program, I started by designing my own interface code. But a few days into writing it, laziness kicked in and I couldn’t help feeling highly inefficient. Sure enough there was a plugin I could buy for a little over twenty bucks that offered the basic functionality I needed.

Lazy people aren’t lazy all the time. Unless the person has extremely low energy, even the laziest people still find time to surf the web, play games or socialize with friends. A lot of lazy people aren’t really lacking willpower, just some motivation.

Without a compelling drive being disciplined just makes you look busy to outside observers when you really aren’t getting anything done. Laziness only becomes apparent because without a strong drive, slothful people stop doing just about anything not necessary for survival or enjoyment.

I’m a lazy person at heart. Even though I woke up a little after five am to write this post and finish another chapter in my book, deep down I’m a very lazy person. I need a compelling drive to keep me busy. Without a strong drive, I’d lay in bed until after noon and watch television all day.

But once you create that drive, either through explicitly setting goals or opening your imagination to new possibilities, laziness becomes a tool not a curse. Instead of using your laziness to avoid work, you use it to maximize your resources.

Willpower has it’s place, but for every drop of willpower you exert there should be a tonne of laziness that has been used before it. If you are having to use excessive willpower to reach a goal, often it is because you either haven’t created enough drive or you haven’t used enough laziness to discover a more efficient path.

I’m using laziness as more than just a synonym for efficiency. Efficiency is good, but often trying to be efficient doesn’t really ask the right questions. Simple efficiency asks, “How can I do this better.” It is true laziness that asks, “Why am I doing this in the first place?”

As a holistic learner I’ve never been big on studying. While everyone around me chastised me for laziness, I didn’t ask, “How can I study better?” I asked myself why I should bother to study at all. If I didn’t need to there wasn’t much point in spending time and exerting willpower for a similar grade.

True laziness takes a bit of courage as well. It can be very difficult for hardworking person to admit to themselves that they just wasted a bunch of time and energy on something that doesn’t matter.

Unleash the Laziness Within You

Be really lazy today. Whenever you have to do something, follow it up with the question, “Why?” If you can’t come up with a good answer, don’t do it. If it is a necessity for your job or survival, find the most efficient way to get it off your schedule. Delegate it to someone else. Find a way to get it done as soon as possible so you can move to more important things.

The Emperor Has No Clothes On Isn’t Getting Work Done

The scary part of being lazy is it leaves you naked. You no longer have your insulating cone of busyness to make you feel productive. The work you do actually has to mean something in order to get done. Instead of relying on willpower you rely on drive. Strip away your delusions of productivity by using this most underrated virtue.