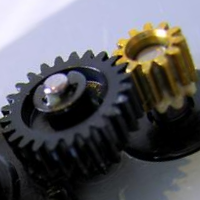 The majority of your life is habitual. What you eat, how you work, when you wake up and the people you see may seem like conscious choices. But usually that ‘conscious’ choice has been selected in advance by what you decided yesterday. Even if you are making a decision, the options are often constrained by what you’ve done before.

Habits are always there. Conscious decision making takes energy and time. If you had to decide everything for the first time, you could spend all day unsure what to eat for breakfast. Habits are shortcuts. So it is a good idea you pick the right shortcuts.

How to Change Habits

I’ve already written about how to change habits. Briefly in Habitual Mastery and more thoroughly in How to Change a Habit. The basics of changing your programmed shortcuts isn’t that hard. Just focus on changing one specific behavior for one month. There are many other tricks you can use, but simply holding out for one month is usually enough.

But what shortcuts should you make? Not all habits are built equally. A few of the deliberate changes I made in myself have created a lasting impact. If your looking at where you can start, here’s nine habits that I’ve found useful.

Habits work well as shortcuts, but no one habit can be a universal rule. Waking up early was a great habit for myself until I needed to work later at night for a job. Abstaining from television is also a good habit, but moderation can be better in other situations.

Most of my efforts in changing habits have been centered around tweaking these nine habits. Several I’ve been able to consistently implement and a few I’ve turned on and off as my situation changes. By building these habits thoroughly, they can become hardwired into your brain so they become easier to resume if you temporarily need to shut them off.

I have to do a lot of work on the web. Reading blogs, answering e-mails and responding to messages can be incredibly time consuming if you let it be. Creating an internet ritual as your baseline can cut two thirds off the time you use. Better yet it discourages wasteful internet usage as you optimize how you surf.

If you want ideas for how to form an internet ritual, read this article. Basically, you can get started by prioritizing the major sites you need to visit in your browsers toolbar. Then commit for thirty days to check those sites only once or twice a day at specific times.

Exercise has been a near daily habit for myself for well over a year. Although it may appear time consuming, regular exercise gives enough energy to make up for the time it takes. Finding an exercise you love to do will keep you healthy, fit and mentally sharp throughout the day.

The few times I’ve been forced to stop exercising for several days, I can begin to notice the difference. My energy levels drop dramatically and I feel slow and groggy. Sure you can work hard if you aren’t staying fit. But just because you can, doesn’t mean it is best.

Early rising has been an on-off habit for myself. After conditioning it about two years ago for the first time, it doesn’t take much energy to resume. The deciding factor of whether to go early bird or night owl depends on when you can accomplish more. If there are a lot of activities happening later you don’t want to miss, catching a few morning z’s can help.

But generally, if you are working on your own schedule, waking up early can kickstart your day. You can have more quiet time to get work accomplished in the morning. Plus starting your day early gives you momentum to carry forward into your day.

You could measure this in pages or minutes per day. Saving a few minutes a day to read books will add up. Just twenty to thirty minutes a day for myself leads to over seventy books a year. You can quickly become an expert in a subject if you begin reading that much.

I’m a fan of minimalist GTD. For myself that means a notepad in my pocket, a to-do list on my desk and a calendar on my desktop. Forming the habit to maintain these systems of organization has removed much of the stress in trying to hold them in your memory.

Beyond just your tasks, forming organization habits for the major parts of your life greatly reduces stress. If you haven’t already read Getting Things Done by David Allen, I suggest you pick up a copy.

I started a vegetarian diet about 18 months ago and the change was dramatic. Like adding exercise, cutting away meat products allowed me healthier substitutions. Almost immediately I felt like I had more energy and mental clarity.

Not eating meat is just one of many changes that makes my diet work. If you simply replace meat with junk food, you are worse off than when you started. I’ve also heard from others that being a “flexetarian” or someone who eats meat only occasionally has similar benefits.

You could argue how you can’t give up meat or why it is better for you not to. I’m not here to debate you. All I suggest is that you read some of the scientific evidence that supports the diet and try it for yourself. Go for thirty days and then decide. If you aren’t convinced, you’ve only wasted a month.

I use a modified version of this approach. What is the daily six? I think it is best summarized by this story I’ve mentioned before:

A young man walked into the office of a powerful executive of a steel company in the early 20th century. He told the executive he could triple his productivity. All he asked was that the executive would later pay him what he felt the idea was worth. The idea was this:

Each day you write the numbers one to six on a piece of paper. Then write out the first, second and up to the sixth most important tasks of the day. You then begin on number one. Even if you spend the entire day on that one task, there was no way you could have been more productive using any other system.

A month after his speech the young man received a check from the executive. It was worth ten thousand dollars.

There are a couple ways you can handle television which are usually better than just watching whenever you feel like it:

Remember, the point of habits isn’t to become a robot. Your habits should make your life more entertaining, not less.

I’m not interested in keeping a diary of every event that happens to me. But a good idea is to set up a journal as your problem solving platform. Any problem, plan or thought you encounter can be expressed and deconstructed if you maintain a journal.

I don’t expect you have time to write for an hour each night. That’s isn’t the point. But starting the habit of keeping a semi-regular journal has greatly improved my thinking. My habit is to go to my journal whenever I have time or a difficult problem and simply write through it.

Pick One for Thirty Days

If any of these habits interest you, I suggest you pick one and try it for thirty days. Simply taking control of one of these habits can have a huge impact on the amount of time, energy or enjoyment you can get out of life. If you have any suggestions to add to this list, feel free to write them down in the comments.