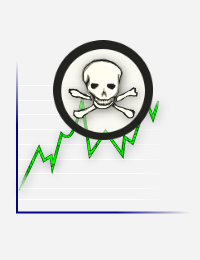 A small amount of water reduces thirst. A large amount can poison you. The same principle applies to information. A small, carefully chosen amount can enhance your ability to make smart decisions. Too much and you fare no better than chance.

The negative effect of too much information has been demonstrated in studies. One study, documented in The Black Swan, involved a blurred picture of a fire hydrant. The picture was slowly made more clear and participants were invited to guess what the object was. Surprisingly, participants shown more intermediate steps to arrive at the half-blurred image were less likely to guess the identity of the fire hydrant.

Despite the negative influence of too much information, few people recognize the toxicity. In one test, doctors were given more information about patients than was necessary to provide a diagnosis. The extra information actually decreased the doctors ability to diagnose, while making them more confident.

In other words, more information makes you think you know more. Even if you actually know less.

How Information Poison Affects You

How to Purify Your Information Stream

Managing the information that is coming to you isn’t easy. Controlling what data you focus on ensures that irrelevant facts and overload don’t confuse the important.

This may not sound like a big problem. Sure you get a lot of information, but you can handle it. Plus it keeps you informed, right? If you consider that studies showed confidence improved while competence decreased, you might want to cast a little more doubt on that assumption.