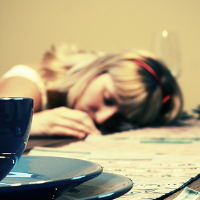 You will save a lot of time, energy and stress if you stop worrying about things that aren’t important. Don’t waste your energy on things that won’t make a difference in five years. While the idea of ignoring the unimportant seems great, it can be tricky to put into practice. Many of the things that don’t matter, feel incredibly important. How do you separate the critical few from the useless many?

I’m in a great position to be able to look backwards. I keep a journal. Instead of writing out daily events, I use it as a tool for problem solving. As a result, I have a written record of the tricky problems I was dealing with for a period of years.

Looking back in time, it’s amazing how few of the problems I devoted a lot of thinking and energy to, really mattered. A good percentage were problems that didn’t matter two weeks later. Most wouldn’t matter after five years.

After having this observation, I came up with a little rule that helps me put things in perspective. The rule is this:

Will I care about this five years later?

I’ll admit, five years is fairly arbitrary. I could have said one year, ten years or when you’re on your deathbed. The time span doesn’t matter as much as the principle. If the effects of an activity has a short half-life, it isn’t important. Even if the activity feels crucial at the time.

No Impact Versus Incremental Impact

If I don’t go to the gym one day, that isn’t going to make a noticeable impact in five years. By this reasoning, going to the gym isn’t important and I shouldn’t bother with it. For those familiar, this is the Zeno’s Paradox equivalent of time management.

Work that has an incremental impact, however small, should still be considered important. Small investments are better than nothing. While you might not have the chance to make life-altering decisions every day, you can still build towards something that matters. Look at the direction of an activity over time, not the impact of an individual unit.

Look through your list of things to do. Put a check mark next to those that will have a genuine impact five years from now. Not things you will remember as being important, but things that actually change the quality of life in five years.

My guess is that there aren’t many things you can put a check mark next to. I’d predict that most of the few things you do add check marks to, will turn out not to matter. There are so few genuinely important tasks, that it is easy to let your energy get eaten up by trivial, urgent activities.

How You Can Apply the Five Year Rule

There are three ways you can apply the five year rule:

The first strategy is easier to put in place than the second. Just catch yourself when you spend too much energy stressing about something that doesn’t matter. Stop yourself and try to focus on something that does. Focus on one of the things you did put a check mark next to on your list.

The second strategy is a good idea if you’re constrained. If you don’t have time to do everything, you should start dumping the tasks that have the shortest half-life. Get rid of the things that will cease being important the fastest.

Above all, you should be using your five year time line as a guide for where to put your energy. If you’re twenty right now, try to estimate what you’re going to care about when you’re twenty-five. You can’t be perfect, but you can use this as a template to separate the few that matter from the many that don’t.