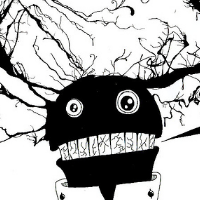 A great deal of self-improvement advice is based on one principle: if the cost of failure is low, taking action and making mistakes beats doing nothing. This isn’t motivational hype, it’s common sense. If the upside is great, and the downside is minimal, why not roll the dice?

Unfortunately, few people actually ask themselves what the worst case is. It requires extra attention to actually visualize a realistic worst case scenario. Until you can see the worst case clearly enough to write it down, you won’t be able to follow through on the above advice. Any push towards action will seem more like faith and blind optimism than logic.

I believe there is merit in actively finding the realistic worst case scenario. By turning on the lights in the darkest part of your plans, you can see if any monsters really exist.

Is the Worst Case Acceptable?

There are few places where failure is free. Starting a business can take a considerable investment. Writing a book might take you over a year. Quitting your job to work on your passion might force you into lower paid work. Even if failure doesn’t cost you anything, it can still bruise your ego.

You shouldn’t try to find places where failure is free. Just places where the cost of failure is acceptable to you. Losing your initial investment, wasting a year writing a book or switching to lower paid work are all consequences. Can you live with them?

When I do this exercise with most of my projects the answer comes back yes. I might not enjoy failure, but I’m not going to die. Bob Parsons, founder of GoDaddy, once retold advice his father gave him before he went into business: “Robert, at least they can’t eat you!”

Your Worst Case Needs to be Realistic

I once had a conversation with a friend about dating. I suggested that, if in doubt, you might as well be forward. What’s the worst that could happen?

He explain that, on top of the sting of rejection, he could have pepper spray shot into his eyes and have awful rumors spread about him, forever ruining his social life.

Now it’s easy to understand why you would be a little gun shy with that mental picture hanging over everything you do. If your worst case is highly improbable, you probably shouldn’t consider it. A bus has a non-zero chance of hitting me when I cross the street, but that doesn’t mean I should sit inside all day.

What if the Costs are Unacceptable?

Sometimes you’ll reach decisions where the costs of failure are genuinely high. They might not be life-threatening, but they keep you from rushing in. If you needed to put up a hundred thousand dollars of your own money before starting a project, the “fail fast” mantra doesn’t really apply.

In these cases, I usually try to see what I can do to make the worst case less damaging. Generally this means:

Usually costly projects can be made more bearable by some combination of those three approaches.

One thing that can stop people from acting on decisions is that the costs may be acceptable to them, but not to the people around them. Take a few examples:

I believe, as a rule, you should try to shift as much of the costs over to yourself. Personal consequences can be a lot larger to be acceptable, since you pay the price alone. It can be harder to make decisions which have moral consequences on the people you care about.

In situations which do have side-effects for the people around you, the approach needs to be (a) reduce the worst case as much as possible and (b) shift as much of the worst case onto yourself.

Imagining the Best is Easy, Knowing the Worst Takes Work

It’s easy to daydream about the best-case scenario. It’s harder to know the most likely worst-case scenario. But if you can do both, and accept the worst-case, you can have confidence that your motivation is based on common sense.