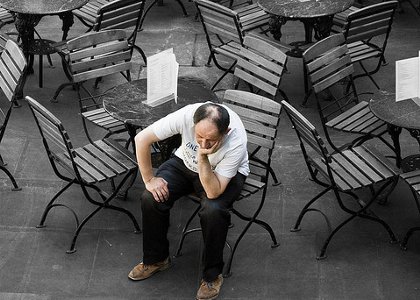 Taking at least one or two economics or business courses should be mandatory. That way I’d hear fewer business ideas that start with, “It’s like Facebook, only better.”

One of the first lessons of economics is the importance of competition. Specifically, that if you try to do what everyone else is doing, you’ll probably fail. The naively obvious choice of trumping Facebook or becoming the next Microsoft is often the worst choice.

It amazes me that this lesson is rarely seen outside of economics textbooks, since it is essential for excelling in many areas of life. Career choice, learning and even dating are just a few examples.

The “Obvious” Choice is Probably the Worst One

The rule of competition could be stated: if a choice appears obviously good to many people, and competition weakens the opportunity, then the obvious choice is probably one of the worst choices.

That’s the reason Facebook 2.0 is a bad business venture. Aside from the natural monopoly of a social network, when everyone is trying to create one, competition goes up and the chances of winning go down.

By the time an idea widely becomes “obvious” it usually isn’t very good. The first person to the gold rush is rich. The last person is just sifting pebbles.

But this applies to far more than just gold rushes and tech bubbles. If any opportunity, subject to competition, gets a lot of attention or interest, it will also probably be a worse choice.

I witnessed a perfect example of this talking with a friend who does freelance programming. Freelancing is a fairly unsexy profession, at least compared to running a business. He brought up an example of a guru in his industry who is widely respected for having a business that provides an income about $50,000 per year.

In contrast, my friend can earn that same amount in three months.

My argument isn’t that freelancing is good and entrepreneurship is bad. Instead, it’s about recognizing that the more widespread attention and sex-appeal an idea has, the tougher the competition.

Why Most Students Taking “GPA-Boosters” are Idiots

The rule of competition applies to way more than just business. Consider an example in academics:

Students who need higher grades often cherry pick a few easy classes to try to secure an A or A+. The idea here is that a few easy classes will boost the GPA brought down by the tougher courses more central to that student’s major. Let the basic computer training and basket-weaving exercises begin.

But simply understanding the rule of competition will show why this strategy isn’t a very smart one. Grades are distributed competitively. More students competing makes achieving a high grade more difficult (even if the subject material remains easy).

Therefore a smart GPA-boosting strategy wouldn’t be to go into courses everyone finds easy. Rather, it’s to go into courses that you personally find easier than the majority of people. Either courses you have a talent in, or just a peculiar interest that will make putting more effort in easier.

Why You Shouldn’t Pursue Your Dream Job

The same logic of competition applies equally to career selection. Chasing a widely-regarded “dream job” is a lousy idea. This is because, if it is in high demand, everyone will want to do it. This either reduces the quality of the opportunity, or reduces the chance that job can be secured.

Obvious candidates for extremely competitive “dream jobs” include NBA player, actor or start-up entrepreneur. But those are extremes, in day-to-day life there are more common paths that are idolized—such as starting a blog or business, to wanting to be a writer or musician.

The problem isn’t that having a passion is bad, nor is it that all attempts to find a dream job are doomed to failure. Otherwise as a blogger/writer/business-owner I’d be a terrible hypocrite.

The problem is, instead, that your actual dream job—the one that will be both attainable, and highly rewarding—is probably not the obvious choice. Instead, it will probably be found after the accumulation of skills and navigating opportunities over time.

Cal Newport shares a similar analysis that the people who loved their work the most, often worked in rather unsexy professions. To the reckless dreamers, Cal’s findings may not make sense. But, if you follow the rule of competition, it’s not surprising. When a profession becomes excessively idolized, it becomes either less rewarding or more scarce as a result.

Whenever I go to a party with friends and see a dozen guys all drooling over the same hot girl, I want to slap them. They obviously weren’t paying attention in economics class.

All else being equal, the person you want to pursue shouldn’t be simply the most objectively attractive person. Unless you’re in the enviable position of also being the most attractive person, you’re going to have to fight your way through the drooling masses.

For some reason, women seem to understand this rule more intuitively than men. While women’s dating advice tends to focus on compatibility and finding a “match”, men’s dating advice is usually about how to chase that generic hot blond.

Some Obvious Choices are Good Ones

I’m skimming over the basic economics, but there are many areas of life where this rule doesn’t apply. Physical fitness is a prime example—me being fit or fat has nothing to do with the scarcity of different workout plans. In cases without competition, the obvious choice is probably the best one.

There are also different effects for this rule. If a choice is widely popular, but also relatively balanced in terms of distribution of results, then it might not be a bad choice either. Becoming a teacher or doctor has a fairly predictable outcome, so you mostly need to weigh the pros and cons of the individual decision.

However, even within those popular, stable choices, there is room for the competition effect. Being a doctor in a relatively unsexy field may make it easier to become world-class. Similarly, here in Canada, more teachers have a liberal-arts background, which makes job-hunting easier for teachers who studied chemistry or physics.

Don’t Just Be Different, Be Smart

I don’t suggest you become boring or give up on your dreams. Rather, I suggest getting smart about it. Recognizing where your life choices are directing you into the competitive frenzy, and navigating opportunities that can allow you to succeed.

I made the, perhaps stupidly obvious, decision to try to earn a full-time income from blogging. Perhaps what’s interesting about that choice was that I ended up being successful at it, not by pursuing book deals or traffic spikes, but by teaching learning skills—a choice that certainly wasn’t obvious to me in the beginning, but one I’m glad I took when I did.

Image thanks to JB London