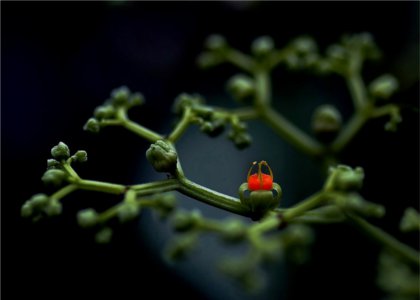 How much is enough?

We, as a culture, rarely ask these questions. The dominant viewpoint is always maximization: don’t ask what’s enough, but ask how to get more. Even the tagline of this website is to “get more from life,” not, “get enough from life.”

I wonder whether we would lead happier lives if we asked ourselves this question of enough more often.

For the most part, I believe ambition is a good thing. Assuming your ambitions aren’t to steal, embezzle or kill pandas, wanting to do more is worthwhile.

There are a lot of people who lack any ambition. They have the ability and resources to do big things, but either through short-sightedness or lack of motivation, fail to set any goal. I’m guessing if you read this site, then you aren’t one of those people.

My question is instead posed at all the reckless and impossible dreamers out there: Do we spend so much time pursuing our goals that we fail to ask what is truly “enough”? And, in doing so, does it make being happy a struggle and even modest successes taste somewhat bitter because they did not reach our high expectations?

Forgetting What is Enough

I noticed this when I recently launched my rapid learning course. My goal initially was to do a ten-thousand dollar month. To some of the readers here, that may seem obscenely high. Considering I invested several months in product development and I have a readership in the tens of thousands, that may seem low to you. Nevertheless, that was my goal.

In the end, when the final count came in, I had made $7500 from the first month. Even though I hadn’t reached my initial goal, I was genuinely happy.

However, as I thought about the process, I wondered whether I would have felt the same if I had only made $4000. Given my benchmark, 75% achievement seemed like a comfortable compromise, 40% would have felt like a failure.

Thinking more about this, I decided that all these expectations were completely disconnected from what was actually necessary. Given my lifestyle and current position, $2000 per month is enough to cover my expenses and give a margin of savings. Even my hypothetical failure would have been more than enough.

Strive for Ambition, But Know What is Enough

The aim shouldn’t be to lower your ambitions to whatever is enough. Instead, it should be to know deeply what those two values are—both your ambitions, and what is enough for you.

I remembered this idea when a recent girlfriend broke up with me. In the past, my instinct would have been to draw on my ambitious, growth-oriented nature. To channel those negative feelings into self-improvement or taking action.

Instead, however, I asked what was enough. Even if I did nothing differently, it wouldn’t be long before I found someone else, and even now I could be happy being single. Knowing what was enough changed my focus from what I lacked, to what I already had.

While dreaming big can keep us alive with hope and enthusiastic in success, it’s small comfort in disappointment and failure. But in those times, it’s valuable to know what is enough. To know that, despite our setbacks, we will still be okay.

The Space Between Wants and Needs

For the most goals, achieving the goal will not make you happier. There are exceptions, but even if a goal is worthwhile the hedonistic high that comes afterwards rarely justifies the effort. Instead, the point of setting the goal is to improve how you live in the interim, because it feels good to hope and strive for things.

If you accept this idea, then it doesn’t make sense to pursue a goal if pursuing it leaves you feeling miserable. That can happen if, in the process of chasing your wants, you lose sight of what you need. In wanting ten million dollars, you become depressed at only finding five.

The idea for this article came from an interview I heard with Mark Silver. He argued that one problem many new entrepreneurs face is dreaming “too big” and that by being content with smaller ambitions, they could avoid the cycle of stress and panic that was ultimately detrimental to their business.

Maybe dreaming big isn’t the answer to every crisis. Maybe dreaming smaller—to know what is truly enough for you, is equally important. Having a space between your wants and needs, and realizing that you can live somewhere in the middle.