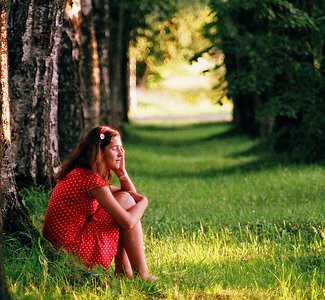 “The unexamined life is not worth living.” – Socrates

Do introspective, intelligent people enjoy life more than the masses? Often not.

Ben Casnocha wrote this after the death of David Foster Wallace. Awarded the MacArthur genius grant, Wallace was brilliant, but unfortunately, as Casnocha writes:

Wallace’s suicide raises for me the question about the correlation between enlightenment and depression. How much truth is there to the phrase “ignorance is bliss”? How unbearable is genius?

Wallace is certainly an exceptional case, but it raises a point about introspection in general. I’ve had many readers email me that they felt both intelligent and thoughtful, but somehow led less fulfilling lives than their apparently unthinking peers.

Is Introspection a Good Thing?

To skip to the punch line, my answer is yes. But, then again, I’m incredibly biased. I’ve centered much of my life around the introspective pursuit of knowledge and the ideal life. Introspectiveness forms such a large component of my identity, even if I were wrong, perhaps I wouldn’t be able to admit it.

So I’d like to present some of the pitfalls of introspection, why it might be dangerous and also what I feel is its ultimately redeeming quality.

There are a few easy explanations for why smart, thoughtful people are miserable.

The first is that the world, and life in general, really is terrible. Ignorance is a defense mechanism to escape the inevitable conclusion of nihilism and pessimism. The truly intelligent cannot ignore this conclusion, so inevitably spiral into despair, being unable to delude themselves into happiness.

I don’t like this explanation. It fails to explain why so many intelligent people are also extremely driven and happy.

Another explanation is that introspectiveness and misery are coupled. That the cognitive mechanisms that make someone brilliant also encourage unhappiness. So unhappy thinkers aren’t depressed because they have come to some horrific conclusion about the world, but that their brains are simply hardwired for it.

To a certain extend, I believe this is true. Extreme cases of depression have deeper genetic and biological roots, so it makes sense that some people are just born happier than others. Perhaps the introspective people are hardwired to think so much because they naturally enjoy the sensory and unarticulated aspects of life less, leading to lower happiness.

A final explanation, and my favorite, is that introspection is only half of the skill you need to pursue the ideal life. In addition to introspection, you also need another ingredient. So without this other ingredient, your thoughtfulness can never be realized, so it loses control. The desire for the ideal life is there, just that you’ve become impotent to obtain it.

What’s the Missing Half?

I don’t know if there is a good word to place on the missing half. If I had to pick I would say, “actualization” but that doesn’t seem entirely right either.

Actualization is the ability not only to think your thoughts, but to translate those thoughts into reality. To not just philosophize about the meaning of life, but to live it every single day. If self-reflection never translates into the real world, it simply mutates and multiplies inside your head.

Stanford professor of neuroendocrinology, Robert Sapolsky (another MacArthur genius grant recipient) has spent his entire career studying stress. Yet, even he admits, he faces a lot of stress in his day-to-day life. He worries, in this video:

“I go around telling people they should live differently, so presumably, I should have incorporated all of this. But the reality is, I’m unbelievably stressed. I’m Type A and poorly coping…”

I believe it’s naive to say that he should just follow his own advice. That’s like saying fat people should just stop eating so much. It’s not always just a matter of will. Introspection and applying those introspective thoughts are two separate skills.

How Well am I Doing?

When I first spoke to Ben Casnocha, his first question was, “well, do you practice what you preach?”

It’s a good question because introspection and applied introspection are separate skills, so someone who is really good at thinking of the ideal life may have little success actually living it.

I’d like to believe I’ve done fairly well at the secondary skill of actualization. When I skim over my journal entries from the last few years, I see far more entries where I write about how happy I am, than those where I feel depressed.

I haven’t done an extensive tally, but I’d also wager that the proportion of happy to unhappy musings has increased largely over time. So, if the question of whether all this productivity and obsessive analysis have made me happier, I’d guess yes.

Even just in the practicing of my life philosophy, I believe I’ve been fairly successful incorporating it into my life. Although the purity of an idea is rarely perfectly translated into reality, I’m still a vegetarian, I write regularly every week, I exercise regularly and I’ve stuck to my principles. Sure, I sometimes slip up, but who doesn’t?

The Redeeming Virtue of Introspection

The genesis of this post came from an email I received several months ago. It was from a reader who wasn’t having much dating success. He complained that his friend, who seems to be completely lacking in introspection, has far more success than he does.

He asked whether the problem was introspection itself. Was it simply that women weren’t attracted to guys who thought so much? How else, with the full powers of his self-reflection at his disposal, could he not be more successful than someone who didn’t even appear to be trying?

I can’t speak for the women in the audience, but I doubt that introspection itself was the problem. It was simply that, as always, introspection isn’t the same as actualization. Even if you knew perfectly how to be attractive and desirable, that wouldn’t necessarily be your reality.

That’s because actualization is another form of introspection. It’s a form of introspection that is focused not just on the subject of a goal, but the implementation of it. It’s not just the knowing you shouldn’t eat so much when you’re overweight, but the deeper insight into the strategy and tactics necessary to achieve that.

The major breakthrough in my life came when I realized that my near obsessive ability to think about things could be directed towards the realization of those things. If I wanted to start a business, I couldn’t only obsess over the minutia of business, but also develop an understanding of myself so that I could achieve that goal.

The reader who emailed me might have spent a lot of time thinking about dating. But did he channel that energy into making himself a better person? Going out and socializing? Trying to understand his psychology to notice when he feels more confident or successful and replicating that?

Making Use of Your Mind

I’m not here to argue that you should be more or less introspective. I don’t believe that is useful, because I’m fairly confident that how much you think is heritable. If you’re naturally a go-with-the-flow, intuitive person, then I don’t believe you can radically alter that to live inside your thoughts.

Instead, I’d like to suggest that, for all the self-proclaimed nerds, geeks and chronic overthinkers, that thinking isn’t a bad thing. It may be their best weapon, provided that they can channel it not just onto the subjects of their dreams, but onto their realization.

Martin, over at the University Blog, has a great followup to this article.