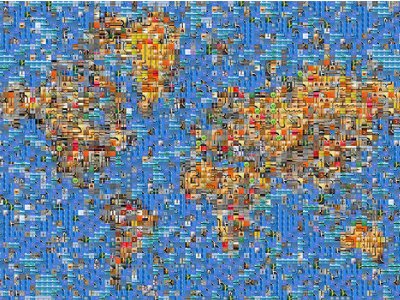 I’m Canadian, but I’m currently living in the south of France. And, for the last five months, I’ve been doing something I never would have considered back home.

I’m not talking about drinking wine, eating baguettes or speaking French (although I’ve been doing plenty of those things).

No, I’m talking about riding a bicycle.

For the last 5 months I’ve commuted with my bike practically everywhere. I’d guess I bike at least 5-10km every day. And, while I’ve occasionally had a bike in Canada, that becomes agonizingly impractical when there is several feet of snow.

Location as an Underrated Factor in Pursuing the Ideal Life

I believe location is an underrated factor in pursuing the ideal life, but not in the obvious way people assume.

The obvious assumption is usually spoken in stereotypes. New York is fast paced. Paris is romantic. And if you want to start a technology company, you have to move to San Francisco.

I won’t argue with the specifics of these stereotypes, since I’ve never lived in New York, Paris or San Francisco. Maybe all the things said about these types of places is completely true.

What I will argue is that your location can have an unexpected impact on your lifestyle beyond the details that are most obvious when choosing a place to live.

The Unexpected Impact of Geography

Bike riding is a perfect example. The idea of biking everywhere I go wasn’t something I thought of when imagining life in France. Indeed, if I had chosen to live in a larger city like Paris or Lyon, the metro stations would more probably be my major source of travel.

Despite this, I think bike riding has had a major impact on my day-to-day lifestyle. For one, by biking 5-10km per day out of necessity, I’ve been getting a lot of exercise. Second, I’ve spent more time outdoors, which if you’ve ever experienced a winter in Winnipeg, is definitely a plus.

Location Independence and Choosing the Perfect City to Live

For most people, location is simply a matter of opportunity. My parents had moved to find jobs, and many other people will locate themselves wherever makes sense for their career.

However, there are a growing number of people who are drawing the majority of their income from location independent sources. Freelancers, web entrepreneurs or even at-home workers could theoretically live anywhere.

I think once you remove the job demand criteria as the #1 factor for where to live, a whole new area opens up, namely, picking the perfect city for your ideal lifestyle.

And, I believe this decision becomes more complicated for the reason I previously mentioned. Most of the salient details of choosing the perfect city are hidden, or at least obscured by popular stereotypes.

I’ve just started this journey, so I can’t weigh opinions about which cities are best. However, I think there are a couple factors worth mentioning, that are guiding my process of finding it:

Of course, I’m not ruling out the importance of building relationships within a particular location over time. My argument isn’t that the ideal way to live means being a perpetual traveler. There are benefits to just picking a spot and then getting to know your neighbors.

However, just as the person you marry will have a major impact on your life, I believe the same is true of the city you live in. And, for a growing number, that decision will no longer be based on job openings.