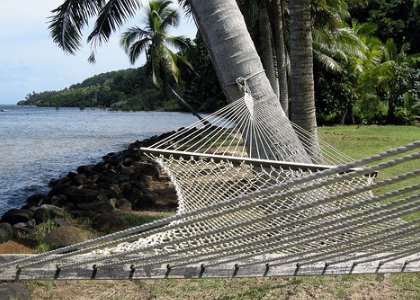 Since Tim Ferriss coined the term, “lifestyle design” has become a phenomenon. A Google search for the term brings up nearly 83 million web pages. And the term has helped keep Ferriss’s book on the best seller list for over two years.

The most important impact of the ideavirus has been to start the conversation about a different dimension of career success. Now, many people aren’t just looking at the number of zeros on the paycheck, but the freedom and limitations that work creates.

The drawback, I see is that the focus seems to be shifted from earning the ideal lifestyle to picking it. Unfortunately, I believe the most desirable lifestyles are seldom stumbled upon. They are earned painstakingly through practice and deliberate effort.

Is Lifestyle Design “Get Rich Quick” 2.0?

I hate to be critical of the lifestyle design movement, because I do believe that transforming the conversation of career success from “money” to “money +” is tremendous. Now, being ambitious doesn’t just mean chasing six figure paychecks, but building the life you actually want to live.

But the problem I see in design, indeed in many of the suggestions in Ferriss’s book, is the over-emphasis on initial decisions being the key to achieving the ideal lifestyle.

The unstated premise is often that, if we simply chose to pursue the right work, and built up the courage to make that decision, the ideal lifestyle would flow easily from that point. I disagree with this assumption.

People are hasty to criticize “get rich quick” schemes. The problem is simple economics. If a legitimate opportunity is so attractive, and has so few entry barriers, it is usually flooded with new entrants. The flood of new people create more competition and lower the attractiveness.

It’s like a gold rush. The first person who pans out gold from the river can make a fortune. The ten thousandth is often broke, panning shoulder-to-shoulder with every other fool chasing riches.

However, possibly because of its newness, perhaps because Ferriss himself appears to have a magic touch, people don’t draw the same criticisms as readily against lifestyle design. The quickness is rarely questioned, nor is the ability to achieve more without effort.

Just because most get rich quick schemes are either scams or illusions, doesn’t mean it’s impossible to become wealthy. Similarly, just because fast and painless lifestyle design probably isn’t a reality for most people, doesn’t mean you can’t engineer a better way to live.

The distinction needs to come from remembering that any desirable lifestyle traits (freedom, location independence, frequent vacations) are much like money. If you want them you need to earn them.

The same rules that allow you to dictate to the world whether you’ll be paid ten dollars per hour or ten thousand, apply to other lifestyle qualities.

If you wanted to become rich, then some attention needs to be paid to the choice of career. If you choose to go into early years education, you probably won’t be topping the Forbes 500.

Yet, within a range, there are many different careers that can achieve the income you want. Entrepreneurship, banking, medicine, engineering, software engineering or pharmaceutical research are all areas where you could become wealthy.

What matters isn’t so much picking to design software versus to design drugs, but the amount of effort you put into building the skills and reputation that demand the income you want. Making the initial choice to go into medicine or finance doesn’t tell you much about whether a person will be rich.

This example of wealth could easily be substituted for many other desirable lifestyle traits. Take location independence, for example.

Once again, your career choice will define the upper and lower bounds for this particular attribute. Being a miner or long-haul trucker won’t afford a lot of location independence.

But there are many careers that have the opportunity for a high degree of location independence. Becoming a writer, entrepreneur, consultant, programmer or designer could all be done with little thought to place of residence.

The decisive factor in becoming location independent isn’t whether you chose programming software or designing logos, but how good you are at it. If you’re a great online entrepreneur, you can earn a full-time income living anywhere. If you’re a lousy one, you’ll still need a full-time job, chaining you to an office desk.

Choice Matters, But Not as Much as We Think

I have a hypothesis (borrowed heavily from conversations with Cal Newport) that we overestimate the importance of making the right choices early on. Many of the successful people I know never planned on being in their particular, job, business or sometimes even career, when they started.

The importance of choice is to define the lower and upper bounds for different lifestyle traits. Choosing to become a social worker has a different range of incomes, location independence and variability than deciding to be a writer.

This isn’t always the case. As choosing to be an engineer could place you into job positions with a huge range of freedoms, salaries and opportunities. But there are still some career choices which effectively lock you into a range of desirable lifestyle attributes.

Considering some ranges are large, the key issue to me isn’t making the initial choice, but ensuring you’re in the upper end of that range. Choosing to be a writer isn’t as important as knowing how to write bestsellers. Choosing to be a programmer isn’t as important as dominating your field so you can pick which clients you want and under which conditions you’ll work for them.

Whether you should spend a lot of time choosing a career or business you’re passionate about is a completely different question. My point of this article is that initial choice doesn’t seem to be the main factor in success in lifestyle attributes.

I don’t lean as far as Cal Newport in saying that passion is irrelevant in the initial decision. I do believe we have interests and drives that exist outside of how skilled we are in a particular domain.

Those interests and drives are also shaped by early environments. If banking success means spending the first two decades in a hellish rat race, you may not have the motivation to win, even if the upper range of desirable lifestyle attributes is high.

However, I do question whether it is wise to spend a lot of time daydreaming about your passion. For most cases, I believe, being interested is enough. If you’re interested in the field, and like the lifestyle it could create, that’s enough to get started. The raging, head-over-heels kind of passion many authors suggest you look for can come with time.

Stop Worrying and Designing and Get to Work

I think a lot about the ideal lifestyle. The entire theme of this blog is asking the question, “what is the ideal way to live?” So, perhaps more than most people, I think about questions of design and the initial choices we make that shape the life we eventually live.

However, I don’t see the point in worrying or obsessively tweaking these choices. To me, this is another form of analysis paralysis, where obsessing about the details overrides the more important need to start working.

The student who hops between undergraduate majors, even though few people will care what she chose a decade from now. Or the person who cycles through businesses every 6 months, instead of creating one that lasts.

Because, each hour spent worrying about designing your lifestyle is an hour not spent working to earn it.

Note: thanks to Cal Newport for triggering many of these ideas in our conversations and his writing.

Edit: This article isn’t meant to be a complete attack on lifestyle design in general, just pointing out what I perceive to be one limitation of the current meme floating out on the internet. I still really enjoy Tim Ferriss’s blog and book!