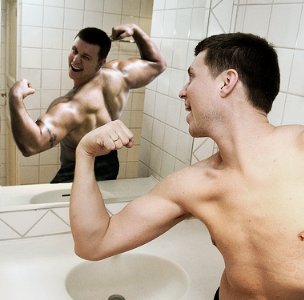 Most people vastly overestimate their willpower. After four years of detailed feedback from readers on habit changes, I can come to no other conclusion. If willpower were cash, most people empty their wallets on the first day.

Keeping this in mind, when I set the first 30 Day Trials for the group of students enrolled in my monthly learning skills program, I made a warning to all participants:

I know that sounds pessimistic and hardly encouraging, but after hundreds of back and forth emails and several years of doing it myself, I’ve learned one lesson: we’re all far lazier than we’d like to think.

Why We’re Lazy, and How Accepting that Can Help You Achieve More

Despite my warning, many of the members set challenges involving 90-120 minutes per day of work on several different goals. And, unsurprisingly, those were often the people that failed to stick with it.

These people fell into a common trap, which is having too much motivation early on. They get excited about the possibilities and set a challenging goal, which is fine. However, when the motivation simmers down, they can no longer keep up and they quit, which is not.

When I participated with the initial group, my challenge only lasted 30 minutes every day. Could I have done more, certainly. But that isn’t the point. The point isn’t to make a suicide run for the first few weeks, it’s to establish a ritual of behavior that will last for years.

This is my 800th post for ScottHYoung.com. I’ve been writing for over four years. While my particular strategy and posting frequency has undergone several revisions in those four years, I make a point of always showing up.

What’s important isn’t just showing up. It’s also why I’ve been able to show up–because my posting volume is sustainable. I’ve seen many new bloggers write in a frenzy for a few months and then watch their posting dwindle to nothing. They would probably be better off rationing their writing to a sustainable level and keeping it up for years, rather than rush in a frenzy.

Willpower is the superglue of planning efforts. It’s the substance you use to reinforce pieces of your strategy that otherwise wouldn’t connect. And while willpower is a good thing to have, if you rely on it entirely, you just end up with a mess.

The problem with many of the students setting trials to work on new study skills for 90 minutes every day isn’t their goal, it’s their method. Going from zero effort to 90 minutes a day, without exception, for a month is extremely difficult–even if you are motivated. Any complication (illness, exams, boredom) will completely derail their progress.

If you look at their planning effort, there was a huge gap being filled by willpower alone. The gap between zero work and 90 minutes of work per day was filled with nothing. No steady progression, no dedication of resources, no contingency plans to dodge complications, just willpower.

There are many alternatives to just relying on willpower. These alternatives may not work in every situation, but you can use some combination to reduce the amount of willpower you need to succeed.

The more you can ritualize and automate your plan, the less willpower you need. Here’s the key: if you need to spend a lot of time each day thinking about it, it isn’t a habit.

Want to know a good way to read more books? Have more books available. If you need to hit Amazon or Barnes and Noble every time you want to read something new, you probably won’t.

How do you commit to a detailed, daily exercise schedule? Well you can start by just showing up for 20 minutes every day. Many of the members of my program who were too initially ambitious could have reached their goals with smaller stepping stones.

Change your goal from a permanent new style to a short-term experiment. That will let you know what you’re up against if you decide to stick long-term.

I’m currently employing a decent amount of willpower into studying French. But, as one of only two goals I’m pursuing actively at the moment, I can afford to do that. If you have a dozen goals, even the heroically disciplined will slip up.

Those are just a few examples, but if you apply them intelligently you can drastically reduce the willpower necessary to achieve the same goal.

Let’s say, for example, I wanted to start an extremely successful blog. How could I reduce the willpower needed to succeed?

I could start with habits. Setting 30 minutes every day to write, or committing to a new article every Monday and Thursday. I could change my homepage to my WordPress admin panel, so I’m reminded of blogging every time I use the internet.

I could start with the simple goal just to post something every week, and then move to more difficult goals and deliberate practice in writing. I could experiment with different writing styles before committing to them for the long-term and I could make blogging my #1 goal for the next 6-9 months to devote myself to it.

The point of this article isn’t to say self-discipline or determination are bad things. In fact, the opposite is true, discipline is extremely valuable. What I’m questioning isn’t the value of discipline in its ability to achieve goals. Instead, it’s the supply that is often incredibly limited.

The point of this article also isn’t to say that setting difficult goals is a bad thing. Instead, it’s to argue that if you are going to set difficult goals, you need to recognize your own limitations of willpower and come up with a really intelligent strategy to work around it.

Ultimately, sweat and willpower will always be required. But there’s a difference between putting in the effort to run a marathon, and getting exhausted and giving up because you got lost for several miles.