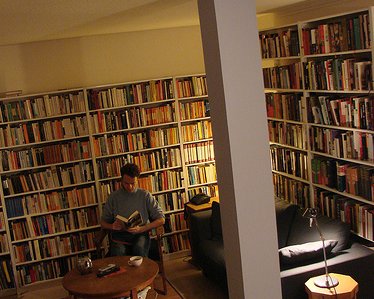 I have a pet peeve about certain people who attack formal education systems and claim to pursue self-education. Not because universities are spectacular learning environments (they usually aren’t). Or even because self-education isn’t a worthwhile goal (it’s probably one of the best).

It’s because I’ve noticed many of the university-hating self-taught are the kind of people who read a couple self-help books per year and believe that’s basically the same as getting a degree. Then they get angry at the bureaucratic system that won’t let them get their ideal career. Sigh.

Why Self-Education Often Does Worse than Schooling

In my experience, self-education tends to be very good at high-level ideas.

If you wanted to spend a few months understanding evolutionary biology, you could probably read about a dozen books on the topic. These books would give you the broad strokes of what’s going on in the field, the challenges being faced and what science currently understands.

But I’ve noticed that the typical approach to self-education tends to be lousy at the deep, detailed knowledge of a field. Reading those evolutionary biology books won’t give you the statistical methods for analyzing gene selection, or the functions for how a population evolves over time.

For the most part, this omission isn’t a bad thing. I have no desire to do research in evolutionary biology. So if I had only read The Selfish Gene, The Origin of the Species and a few other books on evolution, I’d be satisfied with my knowledge. The broad strokes are enough.

The problem is when one tries to replace self-education for more formal training. Such as trying to give yourself the equivalent to an undergraduate degree in computer science, nutrition or accounting.

Here, the benchmark for success isn’t whether you can keep up a conversation about the ideas at a cocktail party. You also need deeper knowledge of the technical details of the field.

Why is Deeper Self-Education Important?

I really enjoy Ben Casnocha’s “T” model for learning new things. The idea is that, ideally, there should be a wide range of subjects you have a basic understanding of (the broad top of the T). But, in addition, there should also be a select few skills you are an expert in (the narrow stem of the T).

For the top of the T, deeper self-education isn’t terribly important. I’ve read books on linguistics, evolutionary biology, cosmology, gestalt therapy and world history. But I’m not an expert on any of those things, nor do I plan to be.

However, for the bottom of the T, I believe it is critical to know how to develop a deeper approach to self-education. Let’s say, for example, you want the major focus of your learning efforts to be computer programming.

You could take a degree, or even post-graduate education, in the subject. But for a field as rapidly evolving as computer programming, what you learn in school will quickly be replaced. So, even if you pursue formal education fully, you’ll rely a lot of educating yourself.

Alternatively, you could be completely self-taught. If this is your approach, then the necessity to deeply educate yourself is even greater. Quick overviews of topics without understanding mathematics, operating systems or computer architecture won’t make you an expert.

In either case, whether you pursue university doggedly or abhor it, you’ll need to spend a lot of time teaching yourself if you want to become really good at something.

How to Become Deeply Self-Taught

I’m still experimenting with the best approach to this. My major focuses are writing and entrepreneurship, both of which tend to have far less technical knowledge. However, other areas I’d like to expand to a decent level of depth include statistics, web programming and psychology.

These other fields are adjacent to my really important work, so I believe having the equivalent of a year or two of formal education in statistics, programming or psychology would support my major focuses of writing and running businesses.

So, while I can’t offer the magic bullet that will allow you to obtain the same knowledge without the tuition costs, I can share what I’ve found so far.

The Importance of a Curriculum

The reason acquiring deeper knowledge is difficult, is that the further you stare down the microscope, the less relevant it appears to the big picture. This is often why so many students lose motivation at school. Just how is understanding integrals, polymorphism or the ATP-cycle important for my life?

The one strength of formal education is that it forces you to adhere to a curriculum. When you know that you need to learn Statistics 1000 before taking on Statistics 2000, it is easier to focus on learning about p-values and bell curves, even if they seem irrelevant at the time.

Therefore I believe any self-education attempt needs to find a curriculum early on. Think of it like having a map when you’re in an unfamiliar country. No, you don’t need to follow it dogmatically, getting lost can be part of the fun. But having a map with you ensures you don’t stay lost permanently.

Deeper self-education requires more discipline than university, not less. Formal education has grades, assignments, attendance requirements and all sorts of external incentives to keep you focused.

Those external incentives probably remove some of the intrinsic joy of learning and create new stress, but they also make learning harder to ignore.

A deeper self-education attempt requires some discipline to see it through. Unlike, broad-stroke learning which can be done from curiosity alone, understanding the gritty details often requires a more conscientious effort.

For example, at the moment I’m working on my French. I love learning French and enjoy it more than most of my formal education. However, that doesn’t mean I work on it only when I feel like it. Being my biggest goal during my stay in France, I’ve dedicated a few 30 Day Trials and many hours of deliberate practice.

Many of my peers stopped learning French once their French classes finished. Without some deliberate effort, it’s easy to forget about your self-education goals and give up.

Application Can’t Be an Afterthought

In formal schooling, actually applying the ideas is a far goal. When you first learn statistics, most professors don’t expect you to start doing your own sampling or analysis. The actual use of the knowledge is put in a backseat to passing tests.

But if you’re going to sustain the motivation to complete a deep self-education curriculum, application must be put first. Otherwise, it is too easy to lose sight of the big picture and stop learning.

Effort needs to be made not just to learn the ideas, but to start applying them immediately. When I was previously teaching myself computer programming, I would always have a project I wanted to use the new-found skills on.

I was able to stay focused on learning French while I was still in Canada, as I had a French girlfriend at the time. How’s that for motivation? 🙂

What If You Don’t Have the Time?

I have a theory that the most successful people in life aren’t the busiest people or the most relaxed people. They are the ones who have the greatest ability to commit to something nobody else forces them to do.

Many people find time for school. Even if they are taking night classes and have a full-time job, they still manage to show up. It can be stressful, but they do it.

However, far fewer people would stick to a deliberate self-education program. They haven’t paid tuition and nobody is going to fail them if they don’t show up. So often they don’t.

I can’t think of another explanation for why someone who is serious enough to take night classes to learn a foreign language or build a new technical skill, can’t apply the same effort to educate himself.

The Goal of Teaching Yourself Everything

I wrote awhile ago about my personal goal of learning everything. I believe self-education (and especially the deeper self-education I mentioned here) is critical to that goal. And, if we really are living in an information-based world, it’s probably critical to almost every goal you have.

What are your thoughts on deeper self-education? Have you been able to teach yourself a subject to the same standards (or higher) than a university degree? Please share in the comments!