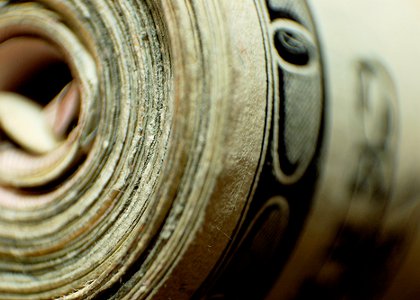 I want to live an abundant life. I want to live to an old age knowing that my years were full of rich experiences and that I spent them doing something that matters. I’m guessing you do too.

The question is, in order to accomplish that aim, how important is money?

Basic economic textbooks will tell you that people are utility-maximizing creatures. Although we may lack the economists’ ideal of perfect rationality, I’d say for the most part this is true. We make decisions that will try to maximize our happiness (or whatever else we desire).

Most economics textbooks then move on to claim that money is the main method for doing this. We buy things we want. We trade our time for money by working. We then use that money to buy more things that we want.

My problem with this perspective is that there are many types of experiences money simply can’t buy. To me, it seems like there are many different currencies we pay to enjoy a richer life and money just happens to be one of them. Does focusing on one relentlessly cause us to neglect the others, and in doing so becoming materially rich but poor in experiences?

The Narrow Usefulness of Money

Money is good for a lot of things. Clothes, rent, food, entertainment and almost anything necessary for survival can be bought. If you’re not able to pay for your basic necessities, then money is blood and too little of it might kill you.

Even more specifically, the question is whether having more money is more important than having more of some other currency in life, and whether you should invest a lot of time maximizing money at the expense of the other.

A simple example of this dilemma would be going to a nightclub with friends. Here, money can mean the difference between staying at someone’s house and going to a luxurious party. There’s probably some difference in quality there, but it’s not huge. In either case you’re going to enjoy time with friends, simply the setting has changed.

Now consider a different life currency, like social skills or investments made in building deeper relationships. If you’re poor on this metric, then you probably won’t enjoy the party a lot. You don’t know the people well and you don’t have the confidence or skill to make friends easily.

Consider the same party, same setting, but that you have better social skills, or better relationships with the people you’re spending time with. Now the party is fun. Either you’re comfortably meeting new people, or you’re enjoying the company of good friends.

If you had to ask me in this situation which I’d rather have–a full wallet or great social skills and great friends–it wouldn’t be hard to answer.

Life Currencies Other than Money

A quick google search of “how to make money” reveals 284 million entries. As a currency in life, people clearly want to know how to make more of it.

Go to any personal finance website and you can find detailed steps to optimize your investments, raise your income, clear debt and maximize the amount of money you have. I rarely see the same intensely methodical approach aimed at increasing other currencies in life, such as social skills or your ability to learn new things.

I’ve often heard people complain that they would love to travel the world and live in different places, but they don’t have the money. They’re often surprised when I tell them that my expenses while living abroad were actually less than living at home. If there was a limitation that held these people back from their dreams, it most likely wasn’t money.

For something like world travel, there are a number of life currencies I’d rate as being more important than money:

Yet I’ve rarely seen books and blogs devoted to methodically improving your ability to adapt to unfamiliar environments.

But in focusing, and often blaming, money for their problems, do these people miss the point?

Being Wealthy Without Being Rich

I’m faced with this dilemma in my own life. For years, my primary goal was to make enough money to live off my business. To be in a position where profits covered my living expenses with a safe enough margin that I didn’t need to stress over it.

There’s nothing wrong with taking that step. My feeling is that, in taking that step and focusing on it obsessively, do these people miss investing in the other currencies of life they may be lacking?

In my own life, should my priorities be to go from covering my expenses to financial abundance, or as a 21-year old should I be investing in the many other assets that I haven’t had the time on this planet to accumulate? This is an interesting question I’ve only begun to ask myself.

As this blog is about the pursuit of the ideal life, I feel a big part of that is pinpointing exactly what that is for you, and then asking what are the currencies you need to create that life. And, if they aren’t money, how do you go about earning something you can’t count and society often fails to acknowledge?