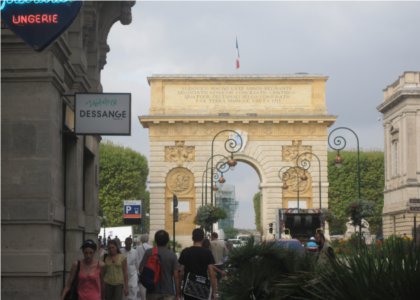 This Thursday will mark ten months that I’ve been living in France. Many readers have asked me questions about the experience:

Until now, I’ve held back writing a full article, since I didn’t want to prematurely label my experiences. Now that my stay is nearing an end (I’m back in Canada in one month) I feel it’s a good time to share my thoughts.

My Thoughts on Life in the South of France

I’m hesitant to write any definite opinion about a country or its culture. Even if I avoid obvious stereotypes, I risk relying on the personal caricatures of my own interactions here. The opinion of a small-town, anglophone, blogging, vegetarian in a mostly unheard-of city in the south of France won’t be representative of everyone’s experience.

However, here are a few observations for what life has been like for me:

Everything Moves at a Slower Pace

Shops close in the afternoon. Ninety-minute lunch breaks are common. Nothing is open on Sundays. The pace of life here feels as if the intensity has been turned down. People seem to rush less, savor life a little bit more.

I enjoyed this change of pace, riding my bike or walking was better than being stuck in a car or bus all day. But this had frustrations too. We waited two weeks without electricity because the power company was in no particular rush to turn it back on.

The People Are Friendly

The French have a reputation for a lack of friendliness, especially towards English-speaking foreigners, but I noticed the opposite. Even during my ten days in Paris, people were friendly, despite this city’s notoriety for rudeness.

The culture itself seems more predisposed to friendliness. From the mandatory bis on the cheeks, to each day having strangers at my gym make the rounds and shake hands with everyone working out (something I’ve never seen in all my years exercising in Canada).

There is more hostility here towards people who refuse to speak their language than in other European countries I’ve visited. However, the stereotype that the French won’t tolerate other people speaking français poorly didn’t hold for me. Most people were polite and happy to help, so long as you put in the effort.

Dot the i’s and Cross the t’s

My one standing complaint about France and French culture is the bureaucracy. The French, from my perspective, pay far more respect to procedures than results and obeying rules than creative solutions.

It took over seven months to get my visa finalized, during which time I was (technically) not allowed to leave the country. I also had to deliberately fail a final exam, due to the bizarre consequences of missing a midterm after volcanic ash stranded my flight in Munich.

There is also less of an entrepreneurial culture in France. The emphasis for most people is to get a secure job, which is supported by the labor regulations in France. I won’t argue whether this is good or bad for everyone, simply that I lean more towards places that encourage creative individualism.

There have definitely been hiccups in my stay here in France. But on the whole, I love the country and its people, and I’ve greatly enjoyed my time here.

It’s a bit of a cliché to say that living abroad changes your life. But cliché or not, it’s been entirely true for me. As much as the experience has given me greater confidence and certainty in what I want from life, it has opened up even more questions.

Some of the lessons I’ve gathered from this year:

I’ve come to realize that the most rewarding experiences can’t be planned for in advance. They surprise or assault and you need to ride them as they hit you. The only way to have these experiences is by saying yes more often to unpredictable outcomes.

From illegal border crossings into Spain, to just by chance arriving in Lyon on the day of their biggest annual festival, I’ve had my share of unpredictable outcomes here in France.

It’s easy to say no. You’re busy, I’m busy. There are a million and a half reasons why you shouldn’t. Why you should stick with what you know and wait. But sometimes you need to say yes to questions you don’t know the answers to yet.

Be Comfortable with the Lack of Control You Have Over Life

As an ambitious person who plans and sets goals, this lesson took awhile to sink in. I like having control over my life and routines. Heck, much of this blog is premised on the idea that we can take control over our lives and steer them where we want.

However, somewhere between landing in a country not speaking the language or knowing a single person, and winding up in a candlelit apartment trying to avoid deportation while navigating an inscrutable visa application process, you get comfortable with the lack of control.

I’ve learned that often getting comfortable with your inability to control everything is often the best solution. Planning ahead and trying to avoid costly mistakes are important, but there are some situations where you can’t know enough to do either of those reliably, so you just need to embrace that bad things may happen.

Probably my biggest lesson of this year was how damn important the people are in my life. That relationships are investments, and although its easy to find people to have a beer with and fill up the time, great friends who you can trust with your joys and moments of weakness are rare and take a considerable investment.

Before this year, I’d often feel like a bit of an outsider in many of the groups I was in. Not that I had been pushed away, but simply that I wasn’t central in all the connections of a particular group.

In the past, I would have blamed this on differing personalities. It just wasn’t a good fit, our interests differed too much. They were too young, too old, too unambitious or too boring.

Now it’s clear to me that the real reason there wasn’t a fit, and the real reason there has been a fit when it occurs, is because I invested the time in the relationships. Friendliness takes just the right attitude. Deeper connections take an enormous amount of continuous face time, which I had underrated in the past.

I’ve always prided myself on my independence. The ability to move, create a new life and new friends. I admired and glorified vagabonding lifestyles like Tim Ferriss’, Benny Lewis’ or Rolf Potts’. I hate to admit it, but I even looked down upon people who lived their entire lives in the same small town or who couldn’t cope with being alone for more than a few days.

Now I find myself in a position where those glorified lifestyles are in my grasp. If my business continues as it has been, there is no reason why I couldn’t live in a different country every year.

The funny thing is, as I gain the ability to reach those glorified lifestyles of adventure and travel, I’m not sure I want them.

Living abroad and continuous travel is expensive, but not in a monetary sense. The expense comes in the form of exhaustion from adapting to new environments. From the loneliness of having only shallow acquaintances to difficulty of saying goodbye forever to friends and places you’ve invested in.

The idea of starting a new business each year wouldn’t appeal to me, primarily because there would be so much waste. My business didn’t start paying returns in money, reputation or impact until at least a few years in. I’m questioning whether the same is true with places and people. Restarting each year may be exciting, but it might also miss all the deeper rewards.

I’m still unsure how to answer this question.

Living Abroad and the Pursuit of the Ideal Life

Overall my experience was incredible. I made hundreds of friends and some very good ones. I learned to speak my first foreign language. I traveled through nine countries and dozens of different cities. I drank a lot of wine and pastis, and met a lot of beautiful women.

Perhaps my hesitations about vagabonding as a lifestyle owe a lot to the sheer intensity of my experience here. Immensely enjoyable, but also difficult to say goodbye. 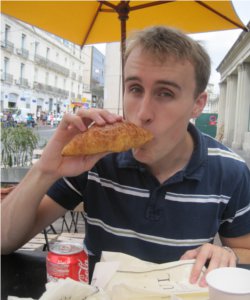