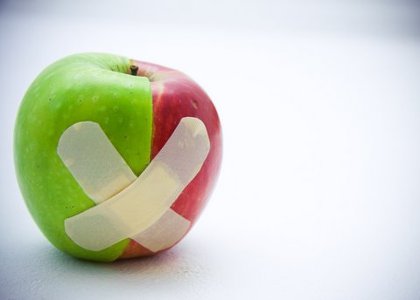 “If you want to invent life-saving medicine, you need to accept that at some point, people will die.”

A successful life-science entrepreneur told me this during a conversation. At first, I was shocked at the comment. Isn’t the point of creating new drugs or medical procedures to save lives?

But the more I thought about it, what he said made sense. New medical advances will inevitably have complications. Drugs will have unknown side-effects by the time they reach human trials. Some people will die in spite of otherwise helpful treatments.

Obviously, we should aim to minimize these losses. This isn’t a justification for allowing unsafe or untested medicine to reach the general population. However, the only way to reduce the loss to zero would be to stop inventing new treatments, and the cost would be much greater.

This example, on a smaller scale, mirrors a lot of decisions in life. Doing anything important, means accepting a minimum level of bad things happening. The only way to completely avoid losing is not to compete at all.

The first time I wrote and sold an ebook, I was terrified. Not because I didn’t know what to write, I had already written a series of articles on the topic. Not because I was worried it wouldn’t sell, the website wasn’t making a large income at the time so any sales would have made me happy.

No, I was worried that someone might demand a refund and tell me the book was worthless.

I wasn’t worried because I didn’t understand what I was writing about. The book was about changing habits, a practice I had obsessively pursued for a couple years before writing (and still do today). I had written about the topic on my blog, and even offered a free preview, so anyone purchasing had a reasonable idea of what they were going to get.

But still, as my first ever product, my fears nagged at me. I set up a money-back guarantee, not for the oft-cited reason that it increases sales, but simply because I wanted to make sure anyone who was disappointed with the book could easily get their money back.

I released the book, and you know what? Nothing happened. I had a small trickle of sales and nobody requested refunds.

As I continued selling products, however, I realized that refunds were inevitable whenever I sold enough. They were usually only a tiny percentage of sales, but a few disappointed customers were inevitable with enough sales.

Another blogging friend recently released his first ebook (with quite a bit more success and fanfare than my first). His sales were successful and he had many positive reviews, but he was frustrated by one customer who angrily demanded a refund and called him a con artist.

The Minimum Threshold of Terrible Things that Must Happen

In just about any important pursuit in life, bad things will happen.

Often these bad things will be terrible enough that you’ll want to work hard to avoid them. But even if you did everything possible, they will still happen some of the time. Businesses will infuriate customers. Life-saving medicines will kill people.

Other times, the so-called terrible things will be manageably awful. You might not like getting rejected, being embarrassed or receiving hate mail, but investing a lot of energy to avoid them is fruitless. You may successfully get fewer rejections or be embarrassed less, but you often sacrifice your goal in the process.

Writing for this blog has its share of manageable awfulness. One of them is whenever I write an article, there’s a good chance I’ll be wrong. There’s always the worry that in trying to think about the issues of my life and writing my thoughts, I’ll give bad advice.

When I started this blog, that piece of manageable awfulness was a big concern. I was writing at an audience that often had double or triple my life experience. Even the areas I felt more confident writing about, I lacked decades of experience. What if I were wrong? What if I gave harmful advice?

Thinking about it now, after over four years of writing, I realize that if I hadn’t accepted that manageable awfulness, I would have paid a bigger price. For myself, writing here has meant I can live my dream: running an online business, living abroad and constantly learning new things. For everyone else, I’ve received thousands of emails from people telling me something I wrote helped them through a personal problem.

In hindsight, my fears seem a little ridiculous. Most of the readers, I feel, read because they want to connect with a story, not just advice from an expert.

Second, when I have given bad advice, most people reading are usually smart enough to let me know right away. I may not realize when some of my ideas are stupid, but my readers do.

Finally, I’ve done my best to switch from writing in an authoritative style to one that is more open for discussion and alternative ideas. My original goal was to offer advice, now I’d say my main hope is to stimulate deeper thinking and discussion.

What are Your Lurking Fears about Manageable Awfulness?

The funny thing about manageable awfulness is that it almost always easier to deal with in practice than in theory. When you spend a lot of time thinking about what terribly unpleasant thing might happen, fear dominates. When you actually start doing things, it’s manageably unpleasant but far less terrifying.

Think about asking someone out. Before, fear dominates as you fret about whether or not that person will reject you. In practice, you may get rejected, in fact you may even get rejected a majority of the time. That rejection is still unpleasant, but you can live with it.

There’s a choice in most situations where there is a lurking fear of inevitable bad things that will happen. Either you sit out and do nothing, or you do it anyways and feel the rejection, handle the refund, get embarrassed, and maybe end up making something important.

What are your thoughts? Where do you draw the line between manageable, unavoidable awfulness and terrible things that must be avoided at all costs? Where does your fear of making a mistake hold you back from making something meaningful? Please share your thoughts in the comments!