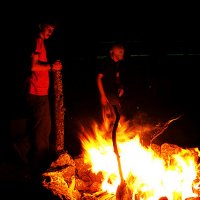 They want stories they can connect with.

I wish someone had told me that when I started blogging. It would have saved me a lot of energy and internal doubt.

You see, I’m definitely not an expert. I love writing and I’m incredibly opinionated. But when it comes to giving life advice, I’m just another 21-year old kid.

I was 17 when I started this blog, and my deepest fear was being rejected on the basis that I was too inexperienced. I knew I wasn’t an expert of any sorts, so starting a website around getting more from life seemed a tad arrogant.

It took me a few years, but eventually I realized that my fears were completely unwarranted. Not because I was actually an expert (I’m not entirely sure what that word means anymore). But because I realized people don’t actually want experts.

There was a point where this blog was briefly in the top 5000 list of blogs on the internet. Of course, this blog has continued to grow, but as more blogs enter the scene maintaining that position gets harder and harder. I think I’m around 14,000 according to Technorati’s ranking algorithm, but that’s besides the point.

This success defied my “expert hypothesis”. I clearly wasn’t an expert, yet I was actually getting a decent volume of traffic to my website. What was up with that?

I had two theories:

Considering the emails I occasionally get, I don’t doubt that I did the former in a few cases. That’s a big part of the reason in my shift of writing style to acknowledge my weaknesses as much as possible, to avoid a distorted representation of myself.

But, for the most part I don’t believe readers here have any delusions of who I am.

The truth, I later discovered, is that people didn’t care that I wasn’t an expert. It wasn’t my expertise they were linking and visiting this blog for. It was the story. The enthusiasm of someone sharing something they are deeply interested in, and spending a lot of time thinking about.

What People Actually Care About

I recently ran a reader survey where I asked them what the major advantage this blog has, over other blogs in the lifestyle design, self-improvement, productivity niches. The main answer, surprisingly enough was: me.

It wasn’t that my advice was always better. Instead, it was that I was like many of my readers. I was a student, pursuing self-improvement in an often cynical world, and trying to cross the chasm between university and full-time entrepreneurship.

It was the story, not the ideas themselves, that people wanted to hear.

I believe the expertise-wave of information is dying. Newspapers are being replaced by amateur reporters. YouTube is toppling regular television. Blogging is replacing traditional published books as a source of non-fiction.

I’m only a minor example of the storyteller model of information. Some other great bloggers that have won, in my opinion, more because of the stories they create than the expertise they offer:

A lot of would-be bloggers are intensely passionate about their subject, but hold off on writing because, “they aren’t experts.”

They forget that I’m not an expert, nor are half the successful writers online today. We’re storytellers, collecting people who share the same enthusiasm.