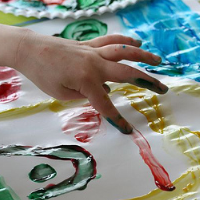 Don’t let a lack of expertise hold you back. It’s unfortunate, but many people believe that they need a degree and years of experience before they can start doing something important. While there are a few extreme cases this is true, for the vast majority it’s a complete lie.

I started this website when I was 17. I certainly wasn’t an expert on anything. I started writing articles to this blog with the goal of improving my writing style. My original intention was to work with software and have this blog as a side activity. I wasn’t expecting many readers, since I was competing against experts who had been in writing and self-improvement for years.

Over two years and 500 articles later, I’m happy with the moderate success this blog has achieved.

My story isn’t an uncommon one. I know a lot of people who had a passion for something, but were afraid to get started because they didn’t feel they were an “expert”. I also know people who didn’t know anything but were somehow gutsy enough to get started. These are the people who have started companies, had books published and appeared on CNN.

The people who didn’t know anything, but took action anyways, are now called experts. Go figure.

Doing something comes before expertise, unfortunately, it’s easy to put these in reverse. It’s easy to assume that you need to study and learn with “safe” activities before heading out into the real world. The people who follow this logic usually find out that they never become experts.

When Expertise Matters, When it Doesn’t

Expertise matters when the costs of failure is high. I wouldn’t want to visit an incompetent doctor. I wouldn’t want a lawyer representing me, who hasn’t passed the bar exam. I would expect the leader of my government to have a basic understanding of political theory. In these cases, not having experience for the job can have deadly consequences.

For most other areas, this isn’t the case. If your startup fails, you just lose the initial capital and your time. If nobody likes your blog, it just goes unread. If nobody wants to publish your book, you just have a manuscript sitting in your basement.

The costs of failure for myself are (a) possibly giving someone bad advice and (b) having my work go unread. The second problem is a cost I absorb entirely on my own. The first I avoid as much as possible by allowing reader comments and giving lengthy guarantees on any product I offer. This way, if a mistake happens I can make sure that I’m the one who pays the price.

I’ve written back and forth between many readers here. Some of them have really great ideas about self-improvement or productivity. I usually tell these people to start a blog. Usually they scoff at the idea and instead just keep their writing private.

Now maybe these people just don’t have the time or interest level to maintain a blog. There is work involved, and they may just be busy.

But I suspect the true reason is that they don’t feel they have enough expertise. They have the passion and the ideas, but they don’t feel they have the credentials or achievements to share those ideas. These are often the same people that, somehow, believe I do have those credentials. The truth is, that without writing at this blog for 2 years, I would be in the same position as them. Just a regular guy with a passion for ideas.

The secret is that most experts don’t see themselves as experts either. That “expertise” is often a label given to people who were just gutsy enough to stand up and do something.

When I started writing, I saw expertise as being extremely important. So I made a point of emphasizing my relevant experiences when I wrote about a topic. This probably seemed a lot like bragging on my part, but I felt it was necessary. Otherwise, why would anyone bother to read what I had written?

After doing this for two years I’ve changed my stance. I’ve tried to balance any boasts about my experiences with more humbling comments. Once I saw that expertise was less important than having great ideas that were well written, my writing style shifted. I realized I didn’t need to justify my writing. I just had to make sure it was good.

One of the mistakes I see people making is that they confuse being gutsy enough to do something with unbreakable confidence. You don’t need to have perfect confidence to get started. You can be honest about your own weaknesses, but move forward in spite of them. When you do, you might find out that they didn’t matter in the first place.