Sure, there are exceptions (and they tend to be overhyped by greedy marketers). However, I’ve noticed human beings tend to make two types of errors: 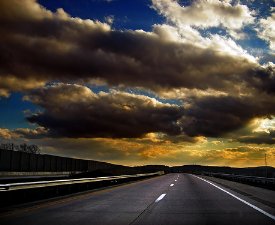 Success Takes Longer Than You Think

How much time does it take to make exercise a habit? For me, it took 3 failed 30 Day Trials before the fourth finally stuck. In total, it took over four months, and that was just to make the habit last, not even to start seeing results.

How much time does it take to build a successful blog? I spend 2 years building this blog before I started earning livable income. After four years, reliably earning a full-time income is still a goal of mine.

How long does it take to learn a foreign language? After 7 months (2 of living among native speakers), I’m able to hold conversations in French, but expect another 3-6 months to reach a level most people would deem fluent.

Ok, so maybe the point of this story is that my successes always take longer than I think. However, just from interacting with readers, I suspect my bias towards expecting early success is a common one.

Why the Long, Hard Road Doesn’t Need to be Depressing

Telling someone that reaching their dream will take more time, not less, than they predict isn’t going to win you any friends. People want to be inspired and motivated. They want to be sold that the road isn’t nearly as long and hard as it appears (not that it is, in fact, longer and harder).

This is probably why get-rich-quick schemes are so popular. People don’t want their optimistic lens of the world fixed, they want it exaggerated.

But I’ve found that discovering your path in success is longer and harder than you initially foresaw, isn’t a bad thing. There are two reasons I believe adding a dose of pessimism with your timing can be a wonderful thing:

Perhaps most importantly, being patient with the deadline allows you to enjoy the path getting there. Instead of becoming irritated when you stop seeing success, you’ll view the plateaus as just another stretch of the long road you originally committed to.

People Underestimate What They Can Accomplish

People tend to see their future life in mostly the same terms as they see their present. Maybe they have a bit more money, a bit better relationships and a bit more freedom, but their ambitions paint a picture of a life that is just a bit more colorful than their life today. They don’t imagine a completely different picture painted on that canvas.

Just as I made the mistake of overestimating my timing in accomplishing key goals, I also underestimated how much my life could improve.

If you had told me six or seven years ago, that today, I would be running my own business, living in a foreign country, have written several books, built an active social life and succeeded in implementing most of the habits I wanted to create, I probably wouldn’t have believed you. My situation at the time would have put limits on my imagination of how my life could be today.

So my point of this article isn’t to undercut your motivation, and tell you your goals are too far away. No, I believe patience is important because, when properly applied, it tells you that your goals are probably smaller than you’re capable of.