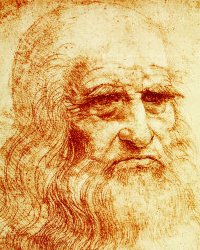 If you have many different passions, pursue all of them.

Recently, I’ve had a couple emails from readers explaining that their problem is simply having too many passions. Far from being members of the apathetic masses, these people seem to have difficulty focusing because there are simply so many things to be interested about.

I know I may incite a lot of disagreement for saying this: but I believe that it’s completely okay to have multiple passions and to pursue all of them.

The Comeback of the Renaissance Man (or Woman)

I believe today is a great time to be a renaissance man. The explosion of the internet as a platform, both for new businesses and in transforming old businesses, is creating more opportunities for multi-talented people.

As the world becomes more interconnected, I feel two major shifts are important to note:

I believe this means two positive things for the renaissance men and women out there:

First, because competition is increasing, specializing alone isn’t the best strategy. Being extremely good at your craft will always matter. Mediocrity sinks in a competitive world. However, with intense competition, being in the top 1% of your field could still put you in the bottom 100,000.

Diverse interests put you at an advantage here. Because although becoming the best at one common skill set is almost impossible, it is easier to become the best at an overlap between two or three different skills.

Scott Adams, creator of Dilbert, offers himself as an example. He claims he isn’t the funniest, nor most artistic, person. But the overlap allowed him to be successful.

Second, as niche markets increase, bizarre skill sets that previously would only interest an insignificant minority may now be viable. Gary Vaynerchuk pointed out in a recent speech that, “…there’s a $70,000/year business providing reviews 0f Pinot Grigio wines out there.”

Even if only .01% of the world care about your passion overlap, that’s still over a half million potential clients or customers.

Renaissance Man or Obsessive Focus, Both Styles Can Work

First, I don’t want to claim that this means you need to start taking karate lessons, mastering Sudoku and learning Gaelic if those things don’t interest you. If you have one obsessive lifelong passion, pursue it. If you have many, don’t fight that either.

Even if you only have one passion, you can specialize in content to find your niche rather than explore the overlap between two different skills. The world is large, and there is a place for both styles.

I simply believe a lot of people who pursue many passions have been told, unfairly, that they need to stop daydreaming and get to work. Eliminate all the other interests but one. And, if you aren’t going to master something, it isn’t even worth beginning.

I definitely fit more into the multiple passions category than complete focus. I have interests in art, design, programming, nutrition, psychology, fitness, history, literature, public speaking, dance, language learning, cosmology and many other topics. I believe it gives me otherwise inaccessible opportunities in my main pursuits, writing and entrepreneurship.

Having many different passions isn’t a bad thing, but a wonderful thing. That being said, this doesn’t reduce the need for focus or hard work. Just because you’re interested in a million different things, doesn’t mean it takes serious effort to become extremely good at one pursuit.

While exploring other interests on and off, I’ve devoted close to four years and thousands of hours into improving my writing and business skills. This website is a massive, continuous project. It didn’t just spring up during a brief obsession, but a long period of patient focus.

How Do You Combine Hard Focus and Multiple Passions?

Some time ago, I realized that productivity systems, discipline, motivation and all that Dave-Allen-goodness works well for doing the things you need to do.

But those same systems are really lousy at getting you to do the things you want to do. Putting a genuine curiosity on an action item list makes the curiosity a lot less genuine.

So my answer to the above question was to use my productivity systems, habits, discipline and focus to work on my projects and long term goals. But, at the same time, I don’t restrict myself from pursuing personal interests in my spare time.

I don’t force these alternate pursuits. When I was learning to salsa, two years ago, I didn’t put any pressure on myself to master it. My only goal was to enjoy the challenge of learning a new skill. Same for when I started creating photoshop art, reading classical history or, just recently, began learning Ruby.

From an outside perspective, it might appear to be a struggle to manage all these different tasks. Like the parents who send their kids to ballet, soccer, piano and language lessons every day after school.

However, since there is no pressure to achieve anything, these new skills are fun and relaxing. If I’d rather watch TV one day, I don’t force myself to do new things, I simply do these side pursuits because usually television is boring.

With my main passions, I apply a little (although not a lot of) discipline. I set goals, make to-do lists and push myself. With alternate passions, I just go wherever they take me.

The Unusual Benefits of Side Pursuits

Often these side pursuits eventually have an impact on my main pursuits in life. Aside from just being enjoyable, learning new, different skills, has a cumulative effect. When I started learning photoshop art, I wasn’t thinking that those skills would eventually allow me to illustrate my own books.

Do side pursuits always pay off, in a strictly economic way? No. But then again, economics aren’t the point.

If you have multiple passions, allow yourself to explore them. Don’t force it, but don’t draw a box around yourself just because the world tells you to.