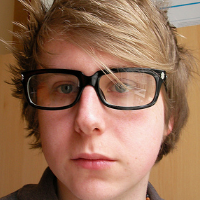 Two weeks ago I wrote about the virtue of being a geek. I explained that it wasn’t enough to be good at something, or be passionate about it. What really mattered was finding those peculiar areas that you were good at, interested in and most people didn’t care about. These are the areas where competition is low and it isn’t as hard to become the best in the world.

Now I’d like to take that idea even further to talk about another aspect of geekyness: diagonal skill building. This the ability to specialize yourself, not by just becoming great, but by having skill combinations that most people don’t have.

The reasoning from my last article was fairly straightforward. If many people are passionate about something, it is hard to become the best. You might win the lottery and play in the NBA or become a famous actress, but basketball and theater are passions with a lot of competition.

However, if you can separate yourself by picking your unusual passions and focusing on them, it is easier to be a winner. Unusual passions are the essence of geekyness, so embracing your inner geek is a good strategy.

Diagonal skill building involves takes the same reasoning a step further. If you have a pretty normal combination of skills, you face a lot of competition. However, if you have diagonal skills, or skills that don’t normally go together, you have an opportunity to build strengths other people can’t.

Steve Pavlina started out with online business and computer programming. Those skills combined with a keen interest in personal development gave him a unique advantage. He was able to set up a hugely successful website because few people in the self-improvement industry had much of online presence.

Although there were a lot of online business owners, and a lot of motivational speakers, there were relatively few people who had a combination of both attributes. Steve found a pair of diagonal skills that worked to his advantage.

The problem is you can’t tell the value of diagonal skills in advance. I doubt few people who have guessed that there was any potential in having programming mixed with motivational speaking skills. The value can only reveal itself once you’ve found a bridge between the two areas.

But while you can’t guess which diagonal skills will become jackpots, you can improve your odds. By building minor skills in areas most people ignore, you have an ability to see connections other people miss.

Be Good at What Your Friends Avoid

Skills tend to clump together. I’m a business student, but after taking several computer science classes, I’ve been contemplating getting a second degree. One of the striking things is how different the people are in my business classes from my computer science classes. I couldn’t imagine an entire class discussion about Battlestar Galactica in one of my accounting classes, but it was a regular event across campus.

Get outside your comfort zone and explore interests that don’t fit nicely within your majors. You don’t need to be the best at these new skills. Diagonal skills often work best when you only have a moderate level of skill in one area.

Building skills isn’t enough. You need to find ways you can connect unrelated skills together.

One way to do this is to use one skill to give a new perspective on another. If you’ve spent a lot of time programming, the metaphors and skills for how to program computers can be applied to writing or public speaking. Even if you aren’t writing code while you’re on stage, you can still debug a performance and look for ways you can encapsulate unneeded information.

Another way to look for opportunities is to apply them directly. Look for joint spaces between two skills you possess. Entrepreneurs do this all the time by combining one of their passions with an skill few people possess. The Pandora music project combined computer and music skills, creating a new way of looking at music.

There are advantages to being a non-conformist. Especially if it makes you a geek with diagonal skills. If you have an obscure passion or unrelated interests, try to find connections. There are millions of people who share each of your interests. But there are far fewer who have the same combination.