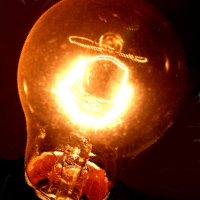 Recently, Steve Pavlina wrote an article entitle, The Value of Ideas. In the article, he talks about how ideas are cheap, the real work comes in implementation. This is an area I wholeheartedly agree with, as for every 100 “idea-people” there might only be one or two that can actually bring things into reality. Ideas are easy, work is hard.

While I agree that ideas are cheaper than implementation, I think the actual situation is a bit more complicated. One of the factors complicating this is the fact that great ideas do have a lot of value. The problem is, it’s incredibly difficult to see the difference between a great idea and a mediocre one in advance.

This last term I finished an entrepreneurship course entitled, Technology in Entrepreneurship. The goal of the class was to find theories that could help explain why some new innovations are wildly successful (iPod) while others fail miserably (Segway).

After going through the entire class and working through several concept proposals, my biggest learning point was that great ideas do have value. The difference from and iPod and a Segway wasn’t just that Steve Jobs and his engineers worked a lot harder to implement the iPod. The difference is that an iPod is a better idea than selling a Segway.

The only problem is, who could have realized the iPod was a better idea than the Segway, in advance. You could pinpoint a few market trends or factors that might have led to the iPod’s success. But most of that is hindsight. It’s easy to look for trends and fits after the data is already in. It’s much harder to make predictions.

I’ve noticed a similar trend with my writing. Looking through my archives, I can come up with theories for why some posts were popular and others went unnoticed. But, even after writing for two years, my ability to separate hits from misses is not much better than chance.

Your Great Idea is Probably a Dud

Most ideas are relatively worthless because it is too hard to split the great innovations from garbage. It’s easy to fall in love with your idea, and avoid all the reasons why it will fail. It’s also easy for critics to pick apart one flaw in an otherwise fantastic suggestion. Gems and garbage wind up in the same pile.

People who can implement ideas are more valuable than idea-generators. Because it’s hard to tell whether an idea is a work of genius or just lousy. It’s too easy to sit on the sidelines and judge the implementation efforts of someone. In theory, great ideas are easy to spot and garbage is easily missed.

Depending on what industry you enter as a start-up, your odds of succeeding go up dramatically. New startups in software had a much better chance of surviving than new restaurant chains. If you pick a bad idea, the odds are stacked against you before you start.

Implementation can’t make a winner out of ideas from the “obviously garbage” pile. You aren’t guaranteed hits from your pile of potentially great ideas, but at least your odds are better.

Why Would You Work on Obvious Garbage?

Some people might say my above point doesn’t need mentioning. Who is going to work on their “obvious garbage” over their great ideas? That’s just stupid.

Well many smart people do stupid things, even if they don’t realize it. I have too, so I know what I’m talking about. People follow-up on obvious garbage when they get too attached to their ideas. If you’re in love with an idea, it is impossible to put it into the obvious garbage pile.

The solution is to talk to many people about your idea, in detail. Some people will give you an unfair gut reaction to the concept. But if you can get experienced people to understand parts of the idea, they may be able to expose weaknesses before you sell the farm. This might not matter if you’re starting something cheap, but if you’re idea will consume thousands of dollars and months from your life, you should probably pay attention.

If you can’t get great feedback, or you’re having trouble communicating your idea, build a prototype. Start with smaller implementations so that ideas with huge flaws are exposed early. As an innovator, your first goal with an idea should be to shake off the honeymoon phase where you can’t see any flaws.

When Working on Potentially Great Ideas, Fail Cheap and Fast

Let’s say your idea meets the basic standards to move it away from “obvious garbage”. The next step is to work on your idea, trying to fail quickly with low costs. I’ve made the mistake of keeping ideas locked away while I spend hours working on them before giving them a test run. The result is usually a disaster.

Whenever you start a new project, you goal should be to expose weaknesses as fast as possible. Get all the monsters out into the open so you either have a chance to solve them or abandon the project while you still have your shirt. Use the open-source software mantra of being in constant beta.

It’s easy to believe your ideas are valuable if you just sit on the sidelines. But until you build it, you can’t separate the truly great ideas from mistakes. If you can work fast and keep your projects in the sunlight, you can avoid the costs of staying onboard a sinking ship.