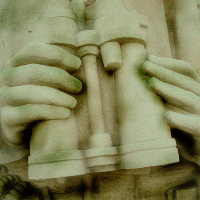 If you’re like most people, you’re horrible at planning. Even if you think you’re pretty good. Most of the blame goes to some unique weaknesses of the human brain. They cleverly omit areas of uncertainty and blind you to potential traps.

I used to be awful at planning. If it weren’t for stored written records of my misplaced attempts at prediction, I’d likely be arrogant too. After looking at how I plan and how other people make plans, I’ve noticed a few ways you can help avoid these planning traps.

If I could draw one generalized solution to these nine traps it would be this: know your weakness. Plan for a large amount of uncertainty as you will be likely to expect it. There are ways you can reduce the risks, but you can’t eliminate them. Don’t judge your plans so much on efficiency as you do on flexibility.

With that said, here are nine traps in planning you’d be best to avoid:

The hindsight bias is the tendency to see past events as being more probable than they were initially. On the surface this may seem like a useful rule. A child who touches fire will quickly learn to generalize from one experience that touching a burning flame should be avoided. Seeing that burned skin is a probable outcome of fire-touching is a good ability indeed.

The problem occurs when the hindsight bias selectively rubs out uncertainties in the world. By making the past seem predictable and obvious, it creates a distorted picture of the future. As a result, plans ignore all uncertainties and make far less room for error than should be allowed.

There is little direct remedy for the hindsight bias other than awareness of it. Since it is a common planning problem that ties into these other traps, focusing on their solutions can help.

2) Pushing Risk Too Late Into a Project

Most people organize plans in efficient sequence. If you were making a software program by yourself this might mean doing all the interface code first, then all the background functions and finally any media or effects. This is probably the worst way you can plan a project.

A far better method is to push risk early into the project. This means you are planning for flexibility, not efficiency. An example might mean having the programmer start with the most rudimentary interface code before immediately switching to the support functions. In fact, many software development methods have sprung out of this need to push risk early.

But you don’t need to be a software programmer to use these methods. Any project that involves uncertainty should require that you push uncertain elements as soon as physically possible. Minimize work done that hinges on future work being completed successfully.

A basic example would be a University paper. If you just bought a new printer, you should push that element of risk to the front. Print off a test page before you write the entire paper. Although finding another printer isn’t too difficult, some of the consequences of putting risk late can kill any well-laid plans.

Hofstadter’s Law is an amusing rule that states “It always takes longer than you expect, even when you take into account Hofstadter’s Law.” Basically this one means you need to give yourself a huge amount of time.

The best remedy to this trap is simply to plan from experience. Determine project lengths based on how long it took you to complete projects that were broadly similar. For those interested, here’s an excellent article at Overcoming Bias which discusses this problem in planning.

4) Not Looking Outside the Project

Tasks, projects, goals can easily assume a life of their own. There is a hidden danger in tunneling in your vision to focus inside the project. That danger is that the project may become impotent. New information may make continuing a project pointless or require you to make large updates. Tunnel vision ignores this information and continues with the project as planned.

My advice: Do a regular project assessment every few days or weeks. This is true not only for projects, but regularly repeated tasks and goals. Don’t continue wasting resources on things that don’t matter.

5) Picking Too Slow a Learning Cycle

Don’t start with the six month project or lifelong commitment. This affords little opportunity for failures, reflection and feedback. All of those are necessary for learning and a prolonged cycle makes this just about impossible.

I used to plan projects that took upwards of six months to complete. Now I’ve realized that projects longer than a month are wasteful unless I have continuous feedback. Write an e-book before your novel. Go on a 30-Day Trial before a pact for life. Spend time traveling and working places before locking into a lifestyle.

6) Planning from Projection, Not Experience

This is another variation of Trap #3. Most people plan from projection. That is, they use their analytical knife to dissect the task ahead of them. Cutting it into pieces they estimate the cost of each section. Large sections are further sliced until you have pieces which you sum together to reach an arrival date.

This fails because the intellectual knife of planning cuts away hidden risks. The sum is more than the parts, except this time that isn’t a good thing. A far better strategy is to plan from experience. Look back at broadly similar projects and use that as the basis for estimating the costs. Hat tip to Overcoming Bias, once again.

Another problem comes from being over-motivated when planning. This is when you start adding in your spare time, recreation hours and sleep to fill out the needs of the project. You aren’t a robot. The best predictor of your efficiency is yesterday and the week before, not a glorified version of yourself.

8) Not Accounting for the People Factor

Relationships are inefficient. Occasionally you’ll build a strong rapport with someone that creates smooth working conditions. But more likely, you’ll have to organize yourself around people who take longer than they predict. Basically you will deal with people who suffer from the same planning traps you do.

9) Starting by Fighting the Champion

This is another problem of gross overconfidence. It is where you start by taking on the most ambitious step possible. Although this sounds dramatic and exciting, it is normally stupid. Fighting the champion affords little learning opportunities and usually results in mammoth wastes.