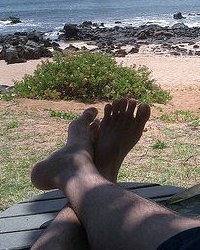 Ever catch yourself daydreaming? You find yourself thinking about how cool it would be to start your own business, travel to that exotic locale or write a novel. But most the time when you start daydreaming, nothing gets done. An exercise I’ve found helpful in converting daydreams into reality is planning without commitment.

Dreams Don’t Manifest Because They Are Detached From Reality

I believe the reason people don’t act on their daydreams isn’t because of fear, laziness or low self-esteem. The problem is that when most people try to take there daydream and put it in the real world, it is quickly overwhelming. Thinking about all the hard work isn’t nearly as fun as thinking about the reward. So what should you do?

Be Curious – Plan, But Don’t Commit

A cool technique for stopping this problem is simply to plan without committing yourself to doing anything. You aren’t seriously planning at this stage, you are just curious. Sometimes that curiosity will grow into actual goals and plans and sometimes it won’t. In either case it is still better than just a fantasy in your head.

Ask Yourself Some Questions

Next time you catch yourself seriously daydreaming about something, don’t engage into your rational, “I can’t do that because of…” frame of mind. Just ask yourself a few questions purely out of curiosity. Here are some questions you might consider asking yourself right now:

What would I need to do in order to…

The next time you catch yourself fantasizing about something, just step back and ask yourself what you would have to do to get there. No commitment, no pressure to actually take on the goal. Just ask yourself what it would take. The surprising truth is that when you finally get the curiosity to figure out what you would need to do, it often isn’t that much.