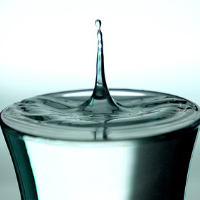 The key for productivity used to be time-management. That means, the busiest people are the people who get the most done. The people who sleep four hours a night, neglect their families and churn through tasks without breaks are the champions of work.

While working more is definitely a recipe to get more done, it can also backfire. Running around, missing sleep and multitasking may get more done, but it doesn’t guarantee that anything important is being accomplished. Steve Covey describes this as climbing a ladder as fast as you can without realizing it is leaning against the wrong house.

The Key is Focus

Instead of time-management, I’ve found a far more useful method is measuring your focus. If you aren’t able to completely focus, it doesn’t matter how much time you invest, you still won’t get much done. Focus requires slowness, and slowness is something that has been lost in daily life.

Many Eastern philosophies emphasize focusing on the now. Becoming completely aware of what is happening currently, rather than imagining and formulating about far-off places and future events. This requires you to patiently focus on what you are currently doing rather than have your mind jump to the next several tasks ahead of you. Being in the now requires slowing down.

If you’ve ever felt like pulling your hair out after a frustrating day, the problem is trying to go to fast. Splitting your focus between many different things at once can burn you out mentally, even if you accomplish little. Slowing down to focus only on the immediate task ahead allows you to accomplish more while remaining fairly relaxed.

Slowing down also increases your ability to enter a state of flow. By removing your sense of urgency, you can completely involve yourself at the work at hand. Ultimately, this improves the quality and speed of work as your concentration makes productivity come smoothly.

Time is Limited, Focus Is Not

When you replace focus as the key to productivity, not time management, it becomes clear that the time each day has a strict upper bound. Trying to do too much may speed you up, but it will eventually burn you out.

Slowing down forces you to prioritize and to drop what isn’t important. Surprisingly, when I slow down I often find I end up accomplishing more. I believe that this is because slowing down uses your energy more efficiently, so you aren’t dragging your feet through exhaustion.

How to Slow Down

I’m not perfect at being slow and it has taken me considerable effort to restrain my natural impulse to work with urgency and multitask. Here are a few suggestions you might want to try to slow yourself down to get more done with less stress: