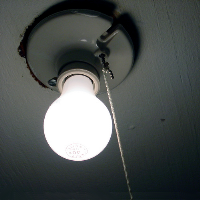 Creativity isn’t just needed for artists and inventors, it’s critical for just about anyone who uses their brain for a living. If something requires thought, it can usually benefit from a bit of added creativity. Everything from solving a math problem, setting a plan or even writing this article all require creativity.

Creativity, like productivity, motivation and energy, is a word often thrown around by people like myself with little attention to what it actually means. I’d like to avoid that error by starting with a simple definition of what creativity is in the way I’ll use it:

A river, under normal circumstances, can only flow in one direction. It would be absurd to think you could travel both up and down the same river without paddling. If a river is flowing south, it can’t simultaneously be flowing north. A river can’t defy the laws of gravity and, unfortunately, neither can your brain.

First, a note: I’m using the term “idea” with creativity, but in reality it is anything that requires thinking. Deciding what to eat for breakfast, motivating yourself to go to the gym or drawing a picture are all thoughts. Don’t limit creativity into just art and inventions.

One direction of this river is creating ideas in the first place. Creation, although similar to, isn’t the same as creativity. I don’t publish my journal online, but if you read through some of my entries it would be barely comprehensible as I change thought patterns and spew ideas with little ordering. That’s perfectly fine in a personal journal, but it isn’t a great piece of writing.

A river flows downhill. That means that the water will run in the direction made easiest by the environment. The environment during the creation direction of a creative flow also makes a big impact on whether you get a racing current or a trickle. Here are a few factors that tilt your flow towards creation:

The other direction of a creative flow is refining, improving and perfecting ideas. This can basically be described as destruction because it involves destroying unrefined parts of the idea. An unpolished diamond is larger than a polished one because excess material must be cut away to give it the perfect shape. Destruction cuts away parts of ideas.

Destruction requires a completely different creative tilt than creation. Trying to apply an environment good for destruction and you end up endlessly adding on mediocre ideas instead of refining great ideas. Applying a destructive environment to the task of creation and you completely stop the flow of ideas, leaving you with nothing to work with.

A few environmental factors important for destruction are:

How to Manipulate a Creative Flow

Creation comes before destruction. You can’t polish a diamond until you have rough stones. The first task whenever you encounter any thinking problem is to shift towards a creation environment. Look for ways to boost your mood, pick environments that will churn a large volume of ideas.

The time for destruction can be harder to recognize. Destruction is necessary when you find yourself doing too much. When your project is expanding, when you are spread too thin, when you have too many ideas. Destruction requires a different shift in mood and thinking habits.

In the next article, I’ll write about how this two-flow theory of creativity can be applied to problems that aren’t traditionally thought of as creative problems.