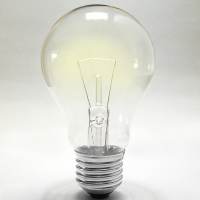 Writing an essay, designing an interface or coming up with an elegant solution for a software problem isn’t easy to do. Highly creative tasks can sometimes require days of thinking before the lightbulb switches on. Before that inspiration, however, it is easy to procrastinate, distract yourself or stare at your computer screen for hours.

I recently had to solve my own problem for how I handle highly creative work. I love writing articles for this blog, but when you’ve already written close to 600 articles, it can be difficult to come up with ideas that are both original and interesting.

Writing articles is the easy part. But coming up with the ideas was fairly hit or miss. Sometimes I’d find an idea quickly and other times I’d have to think for twenty minutes before I could decide what to write. Seeing how wildly inefficient this was, I put in some effort to change how I write to avoid these creative blocks.

In two-flow theory of creativity, every creative act requires effort in two directions. Creation, or the generation of ideas, needs a completely different mental state than destruction, or the perfection of ideas. As a result, most creative blocks are the result of trying to do both at once and having the two flows cancel each other out.

If you need to write an essay, you can easily stare at your screen for hours at a time, trying to come up with a good thesis statement. Not only does this mental block waste time, but it can be agonizing to go through. Forcing out ideas in this state is like trying to drink concrete through a straw.

The solution is to separate the two flows involved in your creative activity and focus on each of them separately. If you can separate the flows, you can save yourself time. More importantly, you save the frustration of zero output.

When a creative block occurs, try to isolate what the two flow activities are. With my writing, generating article headlines would be the creative activity. Perfecting the idea and working out the details, format and focus would be the destructive activity. Trying to do both of these at once was creating the blocks.

If you need to come up with a design, your creative activity could simply be sketching shapes and forms. The destructive activity could be organizing these forms in a way that is elegant and effective. Solving programming problems requires coming up with numerous partial and inefficient solutions (creative) and organizing those idea fragments into a unified whole (destructive).

The first step to overcoming those blocks is to pinpoint where your activities are cancelling each other.

The next step is to stop doing one of the two activities. Usually creative blocks are caused by focusing on perfecting an idea before you’ve generated enough alternatives. However, if you have many ideas, but can’t organize them into something workable, you might want to switch to a destructive direction.

Splitting up my article writing meant that I had a separate phase for idea generation and idea refinement. Each week, I would spend an hour or two creating a long list of potential ideas. Since there was no pressure to act on any of these ideas, I could fill up the list relatively quickly.

Later, as I needed to write my articles for the week, I forced myself to write articles based only on those ideas from my original list. This forced me to organize my thoughts rather than continue the idea-generation stage.

I write articles regularly, so I had the benefit of splitting the two activities into entirely different sections of the week. Your creative tasks might not have this flexibility. Even if you can’t create a time gap between these two stages, you can still separate them. Here’s how:

What are some creative tasks you regularly need to take on? Are there any ways you could split up your flows to save time?