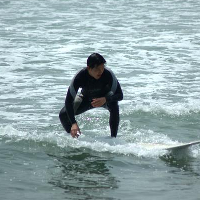 If nobody can work 100 times harder than you, then how can some people earn 100, 1 000 or even a 1 000 000 times the results? The answer is that most problems don’t work on a straight line, giving the same amount of results for each hour you invest.

The Stonecutter’s Dilemma is a good example of this problem. As a stonecutter, you might crash your hammer into a rock a hundred times without seeing anything more than a scratch on the surface. Then, on the hundred and first blow, the entire rock splits in two. It wasn’t that your 101st strike was particularly strong, instead, it revealed the unseen damage built up with the hundred strikes before it.

Malcolm Gladwell calls this phenomenon a tipping point, of which he wrote a book by the same name

. In the book, Gladwell describes how some diseases work on an exponential scale. A thousand people with a 24-hour flu, each contacting fifty people a day, might infect a thousand more people, keeping the virus from exploding.

But if those thousand flu carriers contact another five people each day, they might infect 1100 people instead of 1000. That 1100 would infect over 1200 the day after and it would only take a few weeks before the flu has tipped and spread over an entire city.

Tipping Points and You

The tipping point phenomenon, where crossing a certain threshold has runaway consequences, can have a big impact on your work. Tipping points happen in some areas of life more than others, but it is still important to keep this imbalance of effects in mind.

Blogging and earning passive income are areas highly affected by tipping points. Some of the posts I’ve written on this website have received hundreds of times the traffic than regular entries. A small increase in quality and bit of luck can cause word of mouth traffic to explode.

Although your health doesn’t have compounding returns, gaining weight can be seen as a negative version of the tipping point. Eating 100-200 calories more a day than you burn off can result in gaining an extra ten pounds over a year. Less than a muffin more per day is enough to throw off the balance.

How to Make Use of the Tipping Point

The most important lesson about exponential growth is to realize that results won’t match up with effort. Unfortunately the bigger the potential upside (setting up a six-figure blog, launching a best-selling book, etc.), the bigger the delay. Here are some tips (no pun intended) on using tipping points in your daily life:

Tipping points aren’t the best model to use everywhere, but there are some places you might want to do more exponential thinking. Here’s a quick list of ideas to get the snowball rolling: