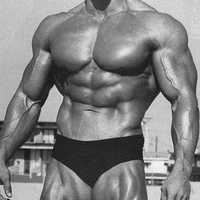 There ain’t no such thing as willpower. Explaining away wins and losses by some magical force is only useful if you don’t understand anything about your own psychology. Having concrete theories about why your self-discipline can fail you is far more useful.

I’m going to explore one of those ideas for putting your self-discipline on steroids. Using this concept has been incredibly useful in breaking through my own laziness. This simple idea I’m going to refer to as sprinting theory.

Running is all about pacing. If you go too fast early in the race, you’ll burn out all your energy far before the finish line. Completing a marathon is quite different than bursting through the 100-meter dash. If you get the pacing wrong you’ll either finish way behind or stop halfway.

Pacing a sprint is straightforward because of one thing: you know the length of the race. You know before the starting pistol fires whether you’ll finish a brief lap around the track or several miles. The goal of sprinting theory is to help you set a pace for your discipline.

Discipline is a Fuel

Recent research suggests that self-discipline is a fuel, not a state of mind. In the study, participants were split into two groups. The first group did a task that required self-discipline, the second did a neutral task. Afterwards both groups completed a task requiring self-discipline and were measured on their self-restraint.

Instead, researchers found that the first group performed worse. It seemed they had used up some of their self-discipline fuel on the first task. This drain allowed the neutral group to get a better score on the second task. (Hat Tip: StudyHacks)

Finding The Length of Your Race

If you spend your self-discipline fuel too quickly, you burn out. Try starting an exercise program by running fifteen miles and puking your guts out. After that start you probably won’t be lacing up your jogging shoes tomorrow.

If you spend your self-discipline too slowly, you miss the key period where it works. I’ve found setting a new habit takes about a month until the habit reaches an equilibrium (where it requires no effort to continue or stop). Focusing on a habit over the course of a year means you won’t have enough discipline to overcome the obstacles of the first month. You jog lazily when you need to be sprinting.

Getting steroid-pumped self-discipline is fairly simple:

Defining the critical period isn’t difficult, the problem is most people don’t do it. Instead they pick unrealistic critical periods that don’t cover the area self-discipline is needed. A common pick for changing a habit is a critical period of “forever”. When you vaguely define your race at such a length, you won’t build up enough force to get over the first month.

Estimating the length of your race takes some trial and error. You may start by setting the race too short, dying out before the critical period is over. This happens to a lot of new bloggers who expect popularity in three months, rather than focusing over a few years. Instead, you might set the race too long and lose all your motivation to focus presently.

Here are a few ways you can speed up the experimenting to figure out the length of your race:

There are no hard and fast rules for how long you should focus your discipline. However, here are a few guidelines I’ve found helpful in creating an iron will:

What other sprinting lengths have you discovered? Write your thoughts in the comments.