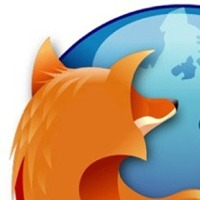 Last week I wrote about why I don’t (illegally) download music. One great reason that didn’t even make my list, is that there is already a lot of free stuff. There are enough legal ways to get free stuff, that pirating the latest software or CD isn’t necessary.

Here are just a few of the free alternatives to some of the things you might already be paying for:

1) Use the Library Instead of Bookstores

I recently made the switch from buying most of my books to reading them for free. Two years ago I lived in a small town, where the public library didn’t have a wide selection. As a result I got used to buying my books instead of renting. Books might not be a big expense, but if you end up reading 50-70 books each year, the cost can quickly add up.

2) Free & Legal Music Instead of CD’s and iTunes

As I wrote earlier, I’m not a fan of downloading music for free without the artist’s consent. I’ve tried to do my best with this, but it was only in the last several months I became proactive in doing this. In the past I had occasionally come across free samples over the net from questionable sources, but never took a firm stance to keep it off my hard drive.

One of the things that helped me stay committed to keeping my library legitimate, was the discovery of all the different sources of free & legal music on the net. Here are a few ways you can explore a large amount of music for free without becoming a pirate:

3) Blogs Instead of Magazines/Newspapers

I’m sure I don’t need to tell you this one. Blogs can offer you access to tips, ideas and news on a daily basis without costing you a penny. Many offline publications are now starting to head into cyberspace, so I don’t think it will be long until almost all publications are free.

4) Open Source Instead of Microsoft

I use mostly open source and freeware software for my computing needs. Open source benefits by being cheaper and often more flexible than traditional software. Here are a few alternatives you might want to try:

5) OpenCourseWare Instead of Paying Tuition

OpenCourseWare is an initiative where major universities are starting to release their classes online for free. MIT has one of the biggest catalogs of courses at the moment. I’ve already gone through a few of the courses online. The perfect resource for the person who wants an education without student debt.

6) TED Talks Instead of Seminars.

TED has hundreds of 10-20 minute speeches posted online for free. Great speakers include Bill Clinton, Will Wright, Richard Dawkins, Daniel Gilbert and Ray Kurzweil. The topics range from the issues of global warming to discovering what makes us happy.

7) Home Exercise Instead of Gym Memberships

Running is free. So are push ups, sit ups and stretches. You don’t need to go broke on fancy sports club memberships and exercise equipment to stay healthy. Keeping your exercise plan simple can actually make it easier to stick with.

8 ) Tap Water Instead of Bottles

When you buy bottled water, you’re paying for the picture of a rainforest on the bottle. There is virtually no difference between water from your faucet and one in a 2$ bottle. If you think there is a difference in taste, I suggest putting it to the test:

I’m skeptical that most people could even tell the difference. Save creating more garbage and save yourself some money and drink from the tap.

9) Skype Instead of Telephones

With Skype you can get free (or nearly free) telephone capabilities with your computer. Save on those long-distance bills by going digital.