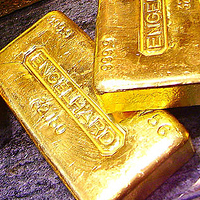 I think most people are wildly overconfident in their multitasking ability. I remember reading (sorry, no link) that the brain processes over 11,000 sensory inputs every second. Out of those, only 40 reach the level of conscious thinking. Paying attention has a high price and focus, not time management or GTD, is crucial for productivity.

A lot has been written about the multitasking virus, so I shouldn’t need to repeat what has already been said. But most of what I’ve seen emphasizes the dangers of multitasking on a microscopic level. This is the multitasking of combining email, phone and Twitter at the same time.

One Step at a Time

Several weeks ago, I wrote why I felt many people were being too ambitious in trying to change habits. Instead of focusing on one change for a month, I frequently see people trying to do 3-5 changes in the first thirty days.

The reason a 30 Day Trial helps you change habits is because it forces you to focus. It requires that you pay a certain amount of attention for at least a month. Rarely do people apply that level of consistent focus, so habit changes are often difficult.

Trying to do 3-5 at once defeats the purpose of the trial. Instead of focusing your limited mental energy on one change, it’s spread over several. As a result, some changes might stick, but usually, most of them don’t.

I like to imagine that there is a hidden price tag with every habit change. Instead of dollars, you pay this price in mental focus. The price tag is hidden, because you’ll never know exactly how much you need to pay. With this hidden price tag, it’s better to overpay than to try to break even. I’d rather have spent too much attention to get a habit started than to spend slightly too little and have to start over again.

The macro-multitasking virus doesn’t just infect habit changes. It happens when you try to take on multiple projects at the same time. When your focus is split between several different projects, you won’t have enough attention to be productive with any of them.

When I set up projects for myself, I always strive to do one at a time. Occasionally there is an overlap between two if I need to delay one project for over two weeks. But even in the worst-case scenarios, I never have more than two projects to think about. Usually it is only one.

Keeping focused on one goal, one project, one motivation makes productivity far easier. Even if you are a scheduling wizard, separating off blocks of time for each project, it will be harder to keep your focus on that schedule. Multiprojecting can be almost as bad as multitasking.

What About Projects I Don’t Set?

When you set your own projects, you have the luxury of setting the deadlines yourself and establishing a schedule. However, for the students and employers, this is a luxury you might not have. Unless I want to spend twenty years in University, doing one class at a time, I need to split my attention between the assignments in several different courses.

When this happens, I try to split up the projects as much as possible. This means if I have a big assignment for one course, I’ll schedule off time to complete it all at once, often before the due date. With the remaining time I’ll complete the other projects, one by one.

By tackling an assortment of projects in a sequence, you can overcome the natural inclination to multiproject.

Reaching 100% focus is impossible. However, if you need to be productive, I’d rather lean too far towards obsession than to distraction. Having an unwavering focus isn’t as helpful when you’re trying to improve in non-productive ways. I don’t know many relationships that worked out because one partner was obsessed with the other. Similarly, I don’t think you can explore the world without opening yourself up to diversions.

But when you’re priority is getting work done, don’t squander your attention.