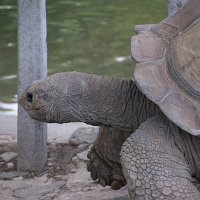 As some of you know, I’m a big fan of the 30 Day Trial method. The concept was first set out by Steve Pavlina several years ago and I’ve been using it ever since. The idea is that if you commit to a change of behavior for a month, it will become a habit.

It’s simple, but it works. I’ve used this to exercise more, read books, stop watching television, wake up early, become a vegetarian, start using GTD and begin keeping a budget. After a continuous month, you have the choice to continue with the new way of living, switch back or find a happy medium.

Last week, I had a discussion with a few readers about the method. Since I started writing about changing habits, I’ve held to the rule of thumb that you should only do one 30DT (thirty day trial) at a time. Friend and life coach, Tim Brownson, suggested I was wrong:

Will power = motivation, and if you have enough of that then you can easily work on more than one change at once. I have seen it done successfully numerous times it’s just a question of belief……in yourself.

I respect Tim’s advice both as a friend and as a professional. But I’m going to have to disagree.

One Month Is Incredibly Short

Since writing my first book on the subject and these introductory articles, I’ve had a lot of people ask me questions about changing habits. A common problem I see is being over-motivated.

Typically, I’ll get an email from someone who feels doing one 30DT at a time would be too easy. It is more practical, this person feels, to do 3-5 at once. That way, you’ll have everything finished in a month instead of a year.

Usually when I follow up with this person later, their excessive enthusiasm didn’t help them. Instead of successfully completing one habit change, they burned out. The motivation lasted a week, but after that everything slipped. Now this person is asking for advice before doing it again.

One month is short. Trying to squeeze 3-5 trials into one month is possible, but it is unnecessarily difficult. Don’t hurry the process.

The problem of excessive motivation with 30DT’s isn’t restricted to changing habits. It’s something I see all the time. Worst of all, it’s a mistake I’ve made more than once, so I’ve learned the lesson firsthand.

Patience isn’t as sexy as enthusiasm. A motivational speaker will get paid more if s/he gives you the idea that you can accomplish your dreams in a week if you just push hard enough. The idea that relatively painless, habitual investing is a better strategy doesn’t sell seminar tickets.

After completing more than two dozen 30DT’s, I’ve found that they aren’t hard at all. In fact, aside from a few hiccups they are pretty easy. Even dramatic changes like giving up meat, not watching television or exercising every day are doable for a month.

But if you have a romantic picture in your head that changing a habit is supposed to be grueling labor, you’ll scoff at something like the 30 Day Trial. I’ve even had a reviewer of my book send me this message, “Scott makes it sound so easy. If changing habits were really this simple, why do so many people struggle with getting in shape or quitting smoking?”

Motivation is worthless without a focus. And unless you have the patience to focus on one change, for a month, you can’t succeed with this method.

The importance of patience and consistency isn’t a new one. I’m sure all of you have heard of the tortoise and the hare. I’m sure you also know who wins the race.

Most of self-improvement doesn’t come from one or two motivational sprints, although these are important. It comes from putting in the same effort day after day. Having the discipline to say no to opportunities that draw you away from your focus. Controlling and harnessing motivation, not just fanning the flames.

Here are just a few examples:

What should you do if you can’t go over a wall? Create the motivation to jump 10 feet in the air, or start building stairs?

I’m a believer that if you can’t take a step forward, make the step smaller. I didn’t start using the 30DT method with difficult habits. I started with easier ones, like keeping a journal or waking up at 7:00 instead of 7:30. Once I had built confidence with the technique, I moved to bigger tasks.

Some might say I was wasting time. If I had just built up the motivation, I could have started off with the most difficult steps. Sure, that might have been possible. But what is the difference between an excruciating thirty days and a mildly challenging six months?

I believe in slowly ratcheting up the challenge level. Be confident lifting the 20 kg weight before you try to lift the 25. Otherwise you might throw your back out. Your challenge level should always be slightly higher than you’ve faced before.

For some of you, what I’m writing is almost blasphemy. I need to clarify.

Motivation is important. But without being able to control and focus that motivation for the long term, too much can be just as bad as too little. A fire can fuel an engine, but it can also burn down a house.

One month is short. One year isn’t that long. The truth is, most people won’t even invest a month. Or if they do, it won’t be consistent enough to last. Separating yourself from the “Average Joe’s” doesn’t always mean more motivation. In the end, the tortoise does win.