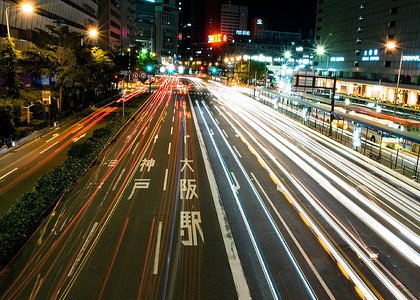 Could the internet be making us stupider?

Cal Newport suggests it might. He shares recent research that shows electronic multitasking results in poorer performance on cognitive tasks. No surprise there: being on Facebook or Twitter won’t help you concentrate.

The interesting finding however, was that chronic multitaskers perform significantly worse on tasks even when they weren’t being distracted. Constant distractions might actually be reshaping the brain.

My question: Is it even possible to keep up with all this information?

Of course, the people I’ve spoken to about their internet habits claim it is. One of my friends that follows 2000+ people on Twitter claims he just drops in sporadically, scans the latest news and jumps back out. He doesn’t try to read everything, just focus on the important and ignore the rest.

My friend with 1000+ unread blog articles expressed a similar sentiment. He claims he knows which feeds he always reads, scans headlines for interesting articles and ignores the rest.

Perhaps my brain just isn’t hardwired to do what my friends have done. Maybe they really can selectively filter thousands of inputs and focus on the few that truly matter. Or maybe they’re just kidding themselves that they can manage the flood of information without drowning in it.

Too Much Choice Leads to Poor Decisions

Most people who choose to live in a high-information environment accept that they can’t read everything or befriend everyone. The argument, instead, tends to be that they have the ability to select and focus on the essential pieces of that information.

In the fantastic book, How We Decide

This finding shows that at the level of conscious thought, our brain is spectacularly bad at filtering information.

Intuition and emotional reasoning is better suited for handling these types of decisions. But that creates new problems. The gut reaction is better tuned to highlight the urgent, rather than the important. You are attracted to flashy headlines instead of meaningful thoughts.

Guzzle the Waterfall or Sip from the Straw?

The way I see it there are two distinct strategies you can use to read books, blogs, magazines and use the internet:

My internet habits are decidedly straw-sipping. I rarely follow more than a dozen blogs at a time, and I regularly purge my feed reader. While I do get a lot of email, my inbox is emptied every day.

On Twitter, I only follow about 50 people. Even with that service I have mixed feelings. While I enjoy the community conversation and sparks for ideas, it exacerbates the problem, glorifying brevity over substance.

In my experience, waterfall-guzzling suffers from two major problems. First, it forces you to rely only on emotional reasoning when deciding what to consume. And just as emotional eating doesn’t usually result in the best diet, I don’t believe strictly emotional information consumption results in the best quality.

This pressure toward shallowness is dangerous because articles aren’t the same as books. Reading two dozen articles isn’t the same as reading one entire book. Similarly reading 140 character tweets doesn’t add up to one article with a thesis and supporting argument.

Interesting, maybe. Especially if you only need five seconds of your time to read it. But there are no arguments, no hard-earned conclusions, no tangents of thought. Just statements that you either agree with or don’t, that either trigger you to think or forget it entirely.

Similarly, this article isn’t the same as reading an entire book, such as How We Decide

or The Paradox of Choice

. I can briefly touch on arguments and present a few pieces of evidence. But I can’t deepen the ideas, present every relevant viewpoint, tell vivid stories that will make the information stick with you forever.

After having written a few books, I can say that writing a book doesn’t feel the same as writing an article. It’s like the difference between a week-long interaction and a speed date. Writing a book doesn’t have the same breathless urgency to each sentence, as if any explanation over two paragraphs must be dropped for something more interesting and succinct.

This doesn’t mean books are universally better. Simply that some ideas need them. Some can be sufficiently expressed in an aphorism, others require 1000 pages to truly understand. By choosing shallowness you cut yourself off from every argument that can’t be summed up in a sentence.

Cultivating Silence in the Age of Noise

My solution has been to deliberately cull the noise from my life. I don’t own a television, so any shows I watch must be selected beforehand. I regularly remove people from Facebook and Twitter, unsubscribe from blogs or email newsletters.

My goal is to be chronically empty. That is, I should be able to easily empty all my information accounts each day, so that there are no unread messages, tweets, unseen photos of friends. My goal is to create silence.

What are your thoughts? Do you guzzle waterfalls or sip from a straw? What is your strategy for managing the flood of information without drowning in it? Please share your thoughts in the comments!