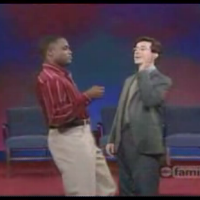 A few months ago I got a chance to try improv comedy. I had invited a group to our Toastmasters club that specialized in comedy, so for one meeting, the public speaking was replaced with improv. For those of you who are unfamiliar, improv comedy is a form of theater where several actors try to be funny without a script.

This was my second time working with the comedy group, and I had a blast. I’m used to giving rehearsed speeches, where I can practice every detail. But with improv, you need to be completely spontaneous, which can be both amazing–and terrifying!

Whoever said being spontaneous was easy, obviously hasn’t tried improv comedy. It’s easy to get so caught up in plans and schedules, that when the structure is removed, you fall on your feet. There are so many elements of life that can’t be captured in a to-do list, so it pays to know how to improvise.

Here are a few reasons why mastering your off-stage spontaneity is important:

How to Be More Spontaneous

Spontaneity is not the opposite of planning. This was my key breakthrough in order to make sure my life was both fun and productive. Improvising has many of the same prerequisites that you use in your scheduled life, just with a twist.

The opposite of spontaneity is cowardice. Fear, not planning, is the real barrier to improvisation. It isn’t your day planner that keeps you from saying hi to a stranger, it’s your fears. Where productivity requires discipline and organization, spontaneity requires courage and openness.

Here are some of the lessons I’ve picked up from my brief attempt at improv comedy and trying to live a more spontaneous life: