Every problem you face, has been faced by someone else before you. Biographies, therefore, represent an incredible resource: seeing the successes and failures of different approaches to life, without having to live them all yourself firsthand.

Here are some of my favorite biographies, along with the lessons I drew from that individual on how to live better: 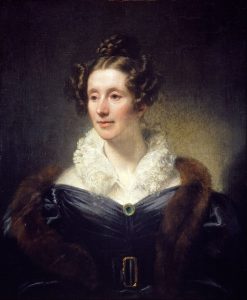 18th century Scottish writer and polymath. Most famous for her translation of Pierre-Simon Laplace’s Mécanique Céleste, she was of of the two first female inductees to the Royal Astronomical Society (the other was Caroline Herschel).

She spoke several languages fluently, was an expert in mathematics and physics, as well as having deep knowledge of many other subjects. Moreover, she accomplished all of this while raising six children and maintaining a household.

Lesson: You can achieve greatness while still dealing with life’s responsibilities.

The biggest obstacles to success in life are rarely the stuff of great stories. There’s no terrifying dragon to slay, no impossible odds to triumph over. Instead we’re encumbered by the mundane: needing to do laundry, take care of your kids, entertain guests and keep up appearances.

Somerville’s biography is a practical one to learn from because she, more so than most, was weighed down by the expectation to be a mother and housewife, before anything else she could accomplish.

In her biography, we can see many strategies she employed to nonetheless work diligently towards her education. These include: 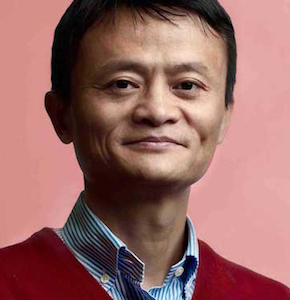 Founder of Alibaba and third-richest man in China. Spent his youth waking up early and riding his bike forty minutes to offer tours of Hangzhou to tourists to practice his English. Failed the university entrance examination three times before finally being admitted. On his first trip to the United States, he discovered the Internet and devoted himself to building online companies in China.

The success of his companies (Alibaba’s IPO in 2014 to the New York Stock Exchange, was the biggest of all-time), and his legendary public speaking ability, both in English and in Mandarin Chinese, have given Ma a reputation for charisma and leadership.

How then, did a mediocre student with poor technical skills build one of the biggest Internet companies in the world?

The answer is that Ma strength lies in his understanding of other people:

Although those in the West are already quite familiar with the likes of Jobs, Gates or Musk, I think Ma offers a refreshing alternative view on what it takes to be a successful business leader.

Nobel-laureate physicist, Feynman worked on the Manhattan project, made breathroughs in quantum electrodynamics and even created techniques for solving difficult problems in quantum physics which bear his name. On top of that he played the bongo, spoke Japanese and Portuguese, picked locks, played pranks on his superiors and did important research work while sitting in strip clubs.

Feynman is an incredible example of many things: he was brilliant; he was a fantastic educator, producing some of the most lucid explanations of scientific phenomena I’ve ever encountered; he was thoroughly unconventional and unconcerned about what others thought of him. But perhaps, most of all, his biography is a lesson that success doesn’t need to be a serious business.

Feynman often started projects on whims, and took them to surprising heights before switching to something new:

There are many biographies which illustrate the strengths and foibles of the person involved: you see how they accomplished great things, but also the price they paid to have such a personality to achieve it. Feynman, however, is different. His curiosity and spontaneous engagement, combined with his level of accomplishment makes him a figure to aspire to be, even if it’s impossible to emulate.

Read his autobiography here. Also, you can listen to my podcast episode where I discuss this book and the influence it has had on me with guest Kalid Azad. 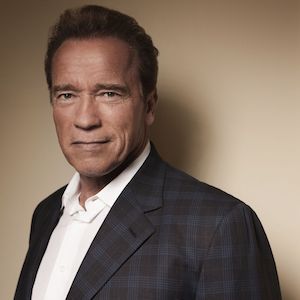 Schwarzenegger is famous for his movies and his role as governor of California from 2003 to 2011. However his success has been much more broad ranging. Starting with bodybuilding, which he dominated—winning the Mr. Olympia title seven times—Schwarzenegger has gone on to build million-dollar businesses in construction, fitness, restaurants and real-estate.

Arnold Schwarzenegger is as close as we can possibly get to the experiment of what would happen to a person if they experienced near non-stop success in everything they attempted.

Schwarzenegger is the epitome of self-confidence. Some memorable exploits include:

In all these cases, what stands out is Schwarzenegger’s unshakeable confidence in himself and a willingness to pursue bold moves backed by that confidence. Although luck and talent have certainly been on his side, it’s also clear that his confidence has been, in many instances, a self-fulfilling prophecy—creating the reality that he believes in. 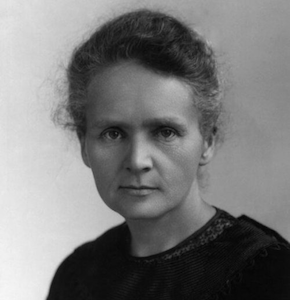 Born to a struggling Polish family during the Russian occupation, Marie Curie (née Marya Sklodowska) would go on to become one of the most famous scientists of all time for her discovery of the principle of radiation. She would also become the first person to receive the Nobel Prize twice, for physics and later for chemistry.

Lesson: Greatness comes from service to a mission, not the self.

In reading great biographies, there’s always the risk of importing the narcissism and megalomania that can come from both achieving great success and being the kind of person who would devote their life to reaching it.

Curie’s biography is quite different. In her pursuits, both Curie and her husband Pierre (who jointly shared her first Nobel) were wholly devoted to science and did not seek the kind of fame or gain they easily could have gathered from their discoveries:

This selfless nature, at times, made for greater inconveniences with resources. However, this same spirit won her many friends and allies, and likely contributed to her scientific prestige. Devotion to causes, whether they be an independent Poland or scientific discovery, guided Curie’s life more than private gain. That she ended up achieving so much, nonetheless, may indicate that, for many, our priorities could be shifted.

Read her biography, written by her daughter Eve, here. 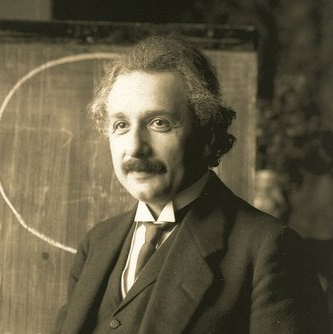 Albert Einstein is paradoxical in that, despite his overwhelming fame as a scientist and genius, he is also underrated at the same time. Although he won his Nobel for the photoelectric effect, his influence on physics has been enormous:

Most scientific discoveries are a product of their times, not their discoverers. That is to say, most discoveries have parallel efforts to find the same thing, around the same time. While Darwin was formulating his theory of natural selection around the Galapagos, Alfred Wallace had also independently come up with the same idea.

Einstein was different. There were no comparable insights into the nature of space and time competing with Einstein and it may have been decades or longer for the truth to have been uncovered had it not been from his insights into relativity.

What allowed Einstein to make such groundbreaking discoveries? Although his impressive intellect is usually cited as the main contributor, that explanation seems unsatisfying to me. He was clearly more intelligent than most of us, but this doesn’t really explain his triumph over his other genius-level colleagues in making such impressive discoveries.

Rather, I think it was Einstein’s habit of asking questions and performing thought-experiments that allowed him to consider issues others hadn’t.

Some of Einstein’s most famous thought experiments include:

What’s interesting is that these thought experiments were often fruitful, even when Einstein turned out to be wrong, as was the case for the latter experiment. Quantum events do have this “spooky action at a distance” we now know as entanglement. However wrong his intuition, however, his thought experiment nonetheless precipitated an important discovery. 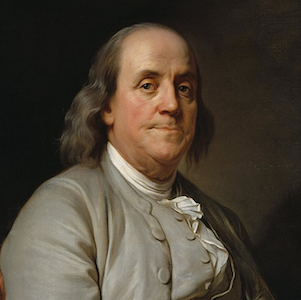 Benjamin Franklin was many things: writer, entrepreneur, inventor, scientist, philanthropist, diplomat and one of the founding fathers of the United States. His Autobiography, ended up becoming an international bestseller, essentially defining the genre.

More than just a historical figure, Franklin is the prototype for the self-made man. Arriving in Philadelphia, penniless and unknown, after running away from the last few years of harsh apprenticeship under his brother in Boston, he built himself a successful business, contributed to many civic projects and served in creating a new kind of country.

Lesson: Your most important years might still be ahead of you

Franklin’s life has many lessons. Both those that he explicitly states in his Autobiography, where he argues in favor of virtuous living, thrift and industry, as well as the unspoken lessons we can glean from his life: the value of managing one’s reputation, satire as a more powerful weapon than outright attack and how to build alliances that will serve your entire life.

However, a less obvious lesson, which I nonetheless believe is very important in viewing Franklin’s life is how his most famous accomplishments occurred after he was “retired” and had already started to view his best moments as having been behind him.

For comparison’s sake, in Walter Isaacson’s 493-page biography of Franklin, the moment when he starts to write what would become his famous Autobiography occurs on page 254. That is to say, when Franklin, aged 65, retired and having achieved success in business, writing and science sat down to write his life for posterity, the most important events had yet to happen yet. He had yet to sign the Declaration of Independence, negotiate diplomatic ties with France or participate in drafting the American constitution.

It’s often easy to dwell in nostalgia, to rest upon past moments as having already defined the course of our lives. But, as in Franklin’s case, it may be that the story people end up telling about you has yet to happen yet.

I’m persuaded that much of how we learn things is by emulating the people around us. We pick up behaviors and attitudes, not so much through direct instruction or logical deduction about the world but by watching how other people think and respond to situations.

Biographies, therefore, represent an enormous resource for those who want to shape their personality for the better. By finding people who embody the principles you want to live by, you can see firsthand how they did it.

Importantly, however, good biographies also present the trade-offs one must make in order to live a certain way. Seeing those trade-offs firsthand, tells you much more than reading about abstract notions of self-improvement, which tend to conceal the sacrifices that are necessary for the triumphs.

This list is necessarily incomplete—what are your favorite biographies that I’ve missed? Share your thoughts in the comments below!