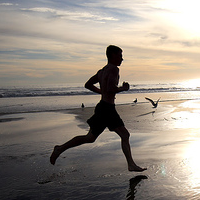 If you want to accomplish anything, doing a lot of stuff is a good place to start. All else being equal, someone who does a lot more will end up more accomplished than a slacker. One of the things that has helped me in the “doing stuff” department is a focus on projects over goals.

Just so we’re clear on my terminology, a project is a special type of goal. It’s a goal that is definitely accomplishable, as long as you put in enough effort. Here’s a quick example:

Writing a novel VS Writing a bestseller. The first is clearly a project. As long as you put in the effort to write a few hundred pages, the novel will be finished. The second isn’t a project. Even if you put in agonizing hours worth of effort into a novel, that’s no guarantee it will sell a million copies.

Why Projects Lead to Massive Action

A project can be completed from sheer effort alone. There are no mixed signals when you get feedback. Either you worked hard to get more accomplished, or you were lazy. There is no “luck”, “randomness” or “market forces” involved. Pure feedback is addictive, so it isn’t hard to stay motivated when your focus is entirely on what you can control.

Most goals lack the purity of a project. Effort probably plays a role. But luck and uncertainty can also creep in. Dan Brown didn’t work 100 times harder than everyone else when writing The DaVinci Code. Many literary critics would probably argue that he didn’t have 100 times the skill, either. Instead he got lucky.

When you focus on goals first, your motivation is always going to suffer based on the whims of your surroundings. You might get lucky. Then again, you might hit a frustrating dry spell. When results don’t perfectly match up with effort, you get mixed signals about whether to work hard or give up.

Split Goals into Projects and Directions

The problem is that a goal, without a project, may provide excellent directions, but remains lousy in motivating you consistently. By splitting up a goal into a project and a direction, you can keep the best of both. The direction keeps you focused on what you want, while the project ensures you take massive, focused action towards it.

First, figure out the direction of your goal. This includes the aspects that require effort and those that need a bit of luck. Writing a best-selling book is a direction that includes a projects for writing, publishing and marketing your book, along with elements of chance. Keeping that direction is important, even if it won’t keep you motivated.

Once you’ve figured out the direction a goal should take, you need to break it into concrete projects. Steps that, provided you give enough effort, are definitely achievable. When you decide on a project, focus entirely on that. By putting complete focus on a project, your feedback matches your efforts and it is far easier to stay motivated.

How I’ve Applied This Approach

I’ve used this practice of splitting goals into projects and directions with my health. Trying to increase strength or build muscle isn’t a process entirely under my control. My metabolism and my natural body type are also a factor. I don’t find focusing on numbers on a scale as a motivating measurement, since it is too dependant on chance.

But even if that direction isn’t under my complete control, there are things I can do to help. What I eat and how I exercise are completely under my control. By setting projects around getting the right eating or exercise habits, I can ensure my feedback is geared to the elements I have control over.

I’ve also taken a similar approach with blogging. My revenues, traffic and readership figures can fluctuate because of events I had no control over. But by focusing on small and large projects to provide more value, I can ignore the traffic spikes and focus on taking the right actions.

Splitting projects away from goals has a hidden danger. You may become so obsessed with a project, you may forget how it relates to the bigger picture. Putting a lot of effort in is pointless if you aren’t being effective. Steven Covey explains this as, “rapidly climbing a ladder without realizing it’s leaned against the wrong wall.”

Taking time each week to do a review of your projects, and how they line up with your goals can fix this problem. Once you’re done your review, focus on the projects and ignore the goals. This way you can stay motivated without losing sight of the big picture.