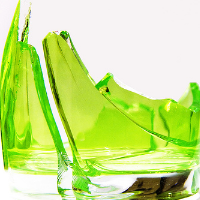 A friend of mine was asked recently to share his advice to a group of people. His advice was, “do what you say you’ll do.” People will remember when you break promises, but they won’t remember when you help them out. I think this is great advice about the importance of being reliable.

People expect you to fulfill your promises. Going out of your way to keep a commitment isn’t going to be remembered. But people will remember when you screw-up. Even if the screw-up is accidental, that broken commitment is going to linger for a lot longer than a spectacular success.

It’s easy to forget this imbalance when you make commitments. Since breaking commitments has a much larger weight than helping out, it’s important to do what you say you’ll do. Usually you can’t repair a screw-up with a single offer to help out.

Following this basic advice, there are a few conclusions about being a more reliable person and making sure your relationship accounts don’t go into debt:

Don’t be hasty with your commitments. If something is important to someone, make sure that there is an almost 100% certainty you will be able to follow through. It’s better to explain, in advance, reasons that would prevent you from committing, than to back out later.

2) Reply to All Your Emails

Recently I dealt with someone who was angry that I hadn’t responded after he sent me three emails. In truth, I had responded, but somehow the messages hit his spam filter first. Once I did get through and showed my previous responses, he was understanding. However, if I had just been ignoring him or forgot to reply, that screw-up would be a permanent mark against me.

If you make a commitment to do something, you should be writing it down in front of that person. Not only does this help you remember, it signals your level of commitment to the other person. I hate people who make offhanded commitments and can’t be bothered to store it anywhere.

If you won’t be able to do something, say so. You may feel you’ve left yourself a clever escape route to avoid making a commitment. But what you’ve really done is made a smaller promise. Backing out of a maybe isn’t a complete screw-up, but it still hurts your relationship more than if you were assertive enough to say “no” in the first place.

Whenever you agree to do anything, the commitment should be placed into your to-do list, calendar or whatever organizing system you have. Even if your commitment didn’t have a specific deadline, keeping track of where you’ve agreed to help is important.

6) What’s Unimportant to You May be Crucial to Another

7) If People Aren’t Reliable, Call Them on It

I wouldn’t recommend getting into a fight. But if someone is building a deficit in your relationship bank account, let them know. Often busy people won’t even realize they are being completely unreliable. If you let them know that you’re disappointed that they haven’t followed through on their promises, that gives them the option of gracefully scaling back their commitments or being more responsible in the future.

What other tips do you have to stay reliable? When can you justify being unreliable?