Stories shape us. The stories we hold close, change our view of the world and our philosophy of life. And, deep down, we react more strongly to stories than to data.

Here is a short list of five of my favorite inspirational movies. This isn’t a list of my picks for the best pieces of cinema. I enjoy movies by Tarantino, Fincher and Lynch, even though few people could call their movies inspirational.

However, because stories have such a big impact, I’d like to share a few of the stories that have impacted me:

*Spoiler alert – I am giving away a few plot details, so be warned! 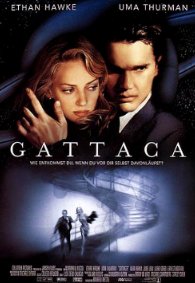 A science fiction story set in the near, dystopic future where genetic screening allows society to choose the most genetically fit embryos for birth. Children born under such screening are known as “valids” while those whose parents forego the procedure (or can’t afford it) are known as “in-valids”.

Vincent is one such in-valid. His dream is to become an astronaut, but due to genetic screening for most employment, reaching that dream would be impossible. The movie follows his pursuit of this path using the stolen identity of another “valid”.

Vincent’s genetically valid brother challenges Vincent to a swimming race in the ocean, to see who would go furthest before turning back. Of course, being physically stronger, every time Vincent’s brother won. One day, Vincent defeats his brother and proceeds to leave home to follow his dream.

Years later, his brother, still jealous of his defeat by Vincent, challenges him again. Once again, Vincent wins, much to his brothers surprise. Asking Vincent how he was able to beat him, Vincent responds, “I never saved anything for the swim back.” 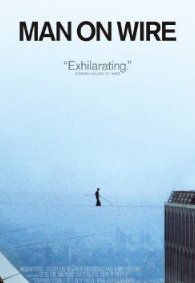 A documentary following the real, 1974 high-wire walk done between the top of the two World Trade Center towers. Told in the style of a heist film, the story chronicles Philippe Petit’s careful planning, infiltration into the WTC and eventually his successful high-wire performance.

The movie also shows the tension Philippe has between his audacious enthusiasm for the high wire and his recognition of the dangers, and likelihood of his death in the attempt.

Philippe, recounting the spark of his idea, remembers sitting in a dentist’s office in France. While in the waiting room, he notices an article declaring the upcoming construction of the World Trade Center, with a picture of the prospective building.

Recognizing the possibility, Philippe steals the page and quickly leaves the dentist office, missing his appointment. “I had a toothache for a week, but what is a toothache when you’ve discovered your dream?” 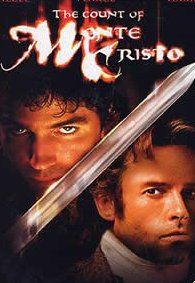 #3 – The Count of Monte Cristo

Having also read the book, I can say the book is better. However, as the book comes in at several hundred pages unabridged, the movie isn’t bad either.

The story follows Edmond Dantes, who is wrongfully imprisoned after being betrayed by his friend. He spends many years in a dungeon, eventually meeting a fellow prisoner who knows of the location of a secret treasure, hidden on the island of Monte Cristo. After 14 years of imprisonment, he eventually escapes, becomes the Count of Monte Cristo and finds justice.

The story is one of incredible patience and determination, as he is trained from illiterate ship-hand to nobility with the help of his friend over his long prison sentence. 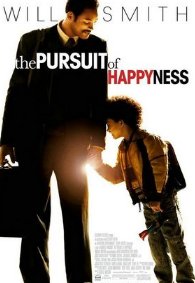 #4 – The Pursuit of Happyness

Chris Gardner, single father, is broke after a failed business venture and has very little money to take care of his son. After bumping into a wealthy stock trader, he decides to take on an apprenticeship at a major firm. He takes this reluctantly after realizing the internship is unpaid and only one person will be hired from the pool of applicants.

The story contrasts Chris’s struggle as a broke, single father with the many other applicants who don’t have the same financial concerns.

After a series of unfortunate events, Chris convinces the board to take him on, while only wearing an undershirt and dirty pants. His motivation and skill overriding his appearance. 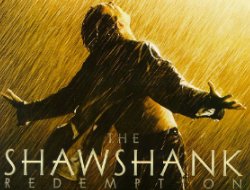 Andy Dufresne is wrongfully imprisoned for two murders. While in prison, he meets a fellow prisoner, Red, who was young when he committed his crime, but now old and settled into prison life. After a series of events show that the warden of the prison is corrupt and withholding evidence that could set Andy free, Andy escapes.

Andy’s plight is contrasted by another prisoner who manages to get parole but commits suicide, because he cannot survive in the outside world.

Shortly before he escapes, Andy tells Red ominously that one had better, “get busy living or get busy dying.”