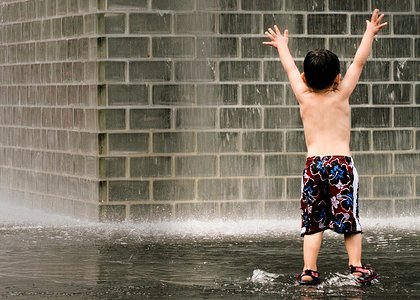 Imagine that your main goal in life was to have as much fun as possible. What would your life look like?

I’m asking this question because I reject the idea that the pursuit of fun, in its maximum, would result in a life of non-stop television, fast-food binging or substance abuse.

Instead I’d argue that, even if putting fun as the highest goal wouldn’t lead to the ideal life, there is still a considerable overlap. I want to make the case for two points:

What if I told you that you weren’t maximally productive. That is, your current behaviors don’t accomplish the most for the time you invest, you probably wouldn’t require much persuading. After all, we all sense our deficiencies when it comes to procrastination or laziness.

But, if I told you that you weren’t getting the most fun, you might require more convincing. Somehow we feel that work is something that can be enhanced by analysis and introspection, but fun is not. Fun is something magical and trying to think about how to have more, destroys the very enjoyment we seek to create.

I’m not going to disagree with you. The act of trying to figure out how to have more fun, when you’re playing a game or socializing, usually makes the activity less fun. Fun is spontaneous, so thinking about it too much can undermine it.

However, while I believe a mindless, go-with-the-flow approach works best in the moment, that same logic doesn’t apply when structuring your life to have more fun.

Take travel as an example. You might feel that going on a trip will be more fun than staying at home and playing video games. But, the video games don’t require any advanced planning, whereas the travel might. So if you don’t apply any thought, you’ll end up staying at home.

Look at sports. Sports are a classic example of the frustration barrier. When you are lousy at a sport, it isn’t much fun to play. But as you gain skill, the sport can become almost obsessively interesting. If you didn’t apply the foresight to practice through the frustrating phase, you would never experience the intensely fun phase of mastery.

Being a connoisseur of fun doesn’t mean all your leisure time needs to require years of practice or planning. Instead it means that, as far as having fun is a worthy goal, there are benefits to putting some thought into designing a more entertaining life.

I’d rather live an adventurous life, which has richer fun experiences, than a merely entertaining one, which occupies itself with shallower fun.

I don’t want to categorize certain activities as always being mindless fun and others as being serious fun. I’m not going to say Shakespeare is inherently better than South Park, simply because I feel those comparisons are so corrupted by people using high art to signal status.

The difference isn’t the activity, it’s the way you pursue it.

Imagine one person watches television for six hours straight, because he has nothing better to do on a Friday night. Compare that to a person who, spends the same six hours watching television, but it’s in the deep appreciation of a favorite story. Reveling in the character details, completely fascinated by the broader themes of the work.

The difference is between being an aficionado and a drone.

I don’t believe that fun is the ultimate aim in life. However, I do think it’s useful to think about because I feel fun supports other goals. If you’re saturated in adventures and enjoyment, those experiences enhance the other aspects of your life, rather than detract from them.

I get a lot of emails from people wanting to give up online gaming or partying so they can focus on working more. That’s fine, if in their honest assessment, they’ve decided that there are more satisfying ways to use their spare time.

However, in most cases, I feel people want to abandon these pursuits, not because they’ve found something better to replace it, but because they feel they should. That watching television, playing World of Warcraft or going to a club is working against their bigger goals.

I’ve fallen into this reasoning trap myself. I’ve previously written about giving up television, and while I enjoyed the challenge (I still don’t have a television), I think I pursued the goal for the wrong reasons.

Instead of trying to eliminate all those distracting sources of low productivity, I should have been embracing them. Embracing serious fun.

I believe a big reason for this is that seriously pursuing fun, making sure life is as fun as possible, gives you the energy to put back into your more focused pursuits.

Again, however, I want to draw a distinction between mindless fun, which is usually done just to occupy time, and serious fun, which is the conscious effort to make your life as adventurous and entertaining as possible.

Making my life more fun has occurred on many levels:

Even more, it’s been accepting that the serious pursuit of fun is productive. And that the ideal life not only accomplished but thoroughly enjoyed.