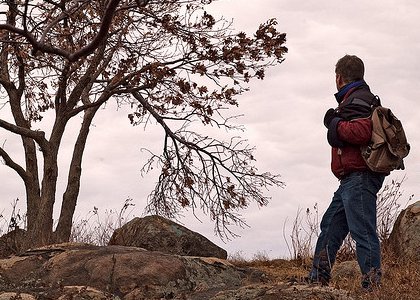 What amazes me isn’t that this system works, but how difficult it is to apply.

Take writing, for example. I’d love to become a better writer. Knowing this, I should try to put myself on the edge of my incompetence frequently. Yet I fall into a comfortable routine. Once per week here, twice per month for the newsletter.

I know that routine alone won’t make me a better writer, yet I don’t push myself to the edge of my incompetence regularly. What’s the problem?

Skill Gravity, or What is Interesting Must Become Routine

It would be easy to just say I’m lazy. That if I really cared about improving my writing, I’d push past my routine and seek challenges. Perhaps that’s true, but I think blaming it on laziness doesn’t fix the problem. The reason growth is hard isn’t just because we’re lazy—the problem is deeper than that.

A better explanation of why it’s hard to improve is closer to gravity. People fall back to routine, because that’s the default state. If you stop throwing up the ball, it will fall back to the ground.

This means any plan you can imagine to improve will eventually fall back down. You may progress along the way, but even the most radical changes will eventually become routine once more.

Fitness is a great example. Start running and the first few weeks you get better with every run. Soon the improvement slows. A few months later it may stop altogether. Even if you don’t give up, your initial grand commitment becomes routine.

This isn’t to say routine is bad. It’s certainly a lot better than giving up. Indeed, even maintaining success will be impossible if you don’t show up every day. The fallacy is in assuming routine alone will get you to the next level.

The Chaotic Pursuit of Excellence

Becoming good at anything is often portrayed as a long, smooth gradient. You put in a few hours each week, and after several years you’re a master.

But the reality doesn’t look like that. Because of the constant gravitational pull towards routine, success is probably a series of stochastic jumps. Far from a smooth gradient, becoming good is probably more like chaotic hiccups, or quick bursts of improvement followed by long plateaus of zero growth.

Because becoming good is often seen as a gradient, it creates two problems:

I fell into both of those traps when running this business over the last few years.

I fell for the first one by making linear estimates for improvement. I would make a four month growth chart with each getting a bit better than the month before it. A more likely model would have been no growth for three months and a larger growth in just one month (assuming I caught onto a key insight).

I also stumbled into the second trap, by beating myself up for having stagnant growth for a long period of time. Yes, sometimes a plateau is a sign of failure. But more often it’s simply a sign of the time between hiccups of success.

Taking on Interesting Missions and Always Staying in the Game

The first lesson is to take on more interesting missions. Since gravity and routine makes steady improvement unlikely, it’s helpful to focus more on the positive deviations from routine. The projects, tasks or missions that put you directly on the edge of your incompetence.

A mission isn’t routine. It’s also not a goal, which merely symbolizes a target. A mission embodies an interesting route, not just a destination. Ten percent improvement is a goal, a mission is an adventure.

Even a mission can become routine if it’s too long. A year ago I set the mission to learn French, but along the way I ended up having similar conversations and my improvement stopped. Smaller missions along the way were helpful because they positively disrupted my routine.

The second lesson is an important, but opposite one from the first. This is that it’s impossible to capitalize on the hiccups of improvement if you don’t stay in the game. That is, trying everything under the sun is worthless if every time you finish, your efforts scale back to zero.

Staying in the game means your first job is to show up, every day. Find a routine that puts you in contact with the skill even when you aren’t actively improving. I took plenty of missions with my writing on this blog, but I still wrote every week, otherwise I’d lose my gains.

The Tension Between Excellence and Stability

I see these two distinct lessons forming the background for the pursuit of the ideal life. On the one hand, you want life to be full of interesting, challenging missions that force you to learn, adapt and improve. On the other hand, you want a stable routine which ensures you don’t lose what you’ve gained.

The balance between these two concepts is crucial. You need to have one eye always on what new missions can be undertaken, trying to ensure you don’t burn yourself out. You need another eye on the routine itself, making sure it’s strong enough to maintain your skills, but light enough that gravity doesn’t completely take over.

Image thanks to CarbonNYC