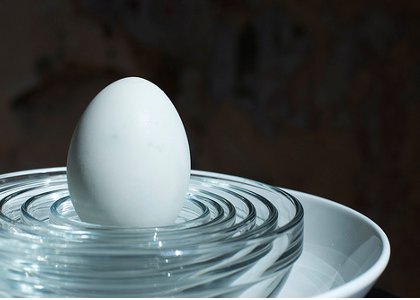 As a species, our incubation period is getting longer.

Just a few hundred years ago, finishing twelve years of education was uncommon. Today it’s difficult to get a job above minimum wage without a high-school diploma.

Teenagers were once miniature adults. Fifteen year-old girls got married. Sixteen year-old boys went to work. Today teenagers are older children. I know many people that aren’t financially independent well into their twenties.

This increase incubation is probably because, as the world becomes more specialized and complex, we need more time to learn things. Also as science and technology accelerate, we need more time to specialize. There are people who need to study principles of chemistry to get jobs today that hadn’t even been discovered 100 years ago.

I wonder how this trend will continue in the future. Will thirty-something university students studying ever more esoteric topics be the norm in another 100 years?

Perhaps more importantly, I wonder about the merits of incubation itself. In today’s world, we’d consider a 12-year old who dropped out at Grade 6 to work to be premature. After all, his chances of success would skyrocket if he had been allowed to incubate until he was 18 or so.

But if that 12-year old kid is being premature in finishing incubation too early, who is to say we aren’t either?

Staying in school forever is obviously not an option. Even staying in school longer has questionable merit, as many newly minted graduate students find their diploma has little practical value.

But school is just one type of incubation. It reflects the extreme of a concept: deferring paid work now, so that you can learn more and earn more later. The drawback is that sometimes you invest a lot of time in skills that turn out to have little practical value.

The first is the equivalent of the sixth grader dropping school. You may make more, but you essentially cap your progress. By incubating in the second position, you’ll make enough money to survive, but most importantly, you’ll increase your abilities for future success.

This growth/pay tradeoff doesn’t always exist. Many great opportunities teach you a lot and pay well too. But to the extent that it does exist, I feel like the smart money is on putting more time in incubation.

There are two basic reasons that, given the choice between productivity and growth, I’d go with the latter:

Second, the inequality of productivity is increasing. A few hundred years ago, the amount a master was more productive than his apprentice was probably capped about 10x. In any case, it was certainly less than 100x.

What about today? The best programmers are thousands of times more productive than the apprentice. Especially if you consider not merely lines of code implemented, but the social value of the work. Larry Page and Sergey Brin were key in creating billions of dollars of wealth for society. The same couldn’t have been said for even the best 16th century blacksmith.

Even if school isn’t the ideal incubator for all lengths of time, that doesn’t mean you should seek the highest paying job upon graduation, regardless of other factors.

I had many friends that landed good paying government jobs soon after graduating. Except, due to the bureaucracy, they spent most of their time doing errands and going on Facebook. Would these people have been better off incubating in a high-paced start-up, or taking a salary hit, but more responsibility in a non-profit?

Early on in the process, incubation is highly unproductive. Think about what we force students to do in grade school. None of it has any practical value to society.

Eventually, however, growth and productivity start to converge. The apprentice starts making money from practicing his craft. For the master, even his training effort may be incredibly lucrative. The best painter’s experiments may be priceless.

But even as you improve, there still remains subtle tradeoffs between incubation and productivity. A good programmer may improve most by hacking together a piece of freeware software, yet he may get paid most as a consultant to implement a much more basic corporate interface.

The distinction isn’t between selling out and remaining true to your art. Rather, it’s timing these tradeoffs between incubation and productivity so you don’t prematurely stunt your growth.

The Dangers of Hatching Early

I think the longer you can extend the philosophy of incubation, the better. The longer you can take on high-challenge, high-growth projects (that may lack high short-term rewards) the more impact you can have on the world and the more success you can enjoy in life.

I’m approaching my own graduation in a few months. Luckily, this business is able to support me so I have no plans for getting a job just to pay the bills. I don’t have any plans to go to grad school, either.

Although I’ll be exiting the stage of formal incubation, I don’t want to stop incubating. I want my focus to be on choosing projects primarily because they force growth, not just immediate payoffs.

That’s not an easy stance to take. For one, it means you need to balance both the pursuit of growth and financial necessity. Second, there’s more and more pressure to grab the short-term rewards and profits than to become really good at something.

There’s no point to staying in school forever. But the attitude of incubation that comes with school may be worth keeping long after you graduate.

Image thanks to Andreas Kollegger